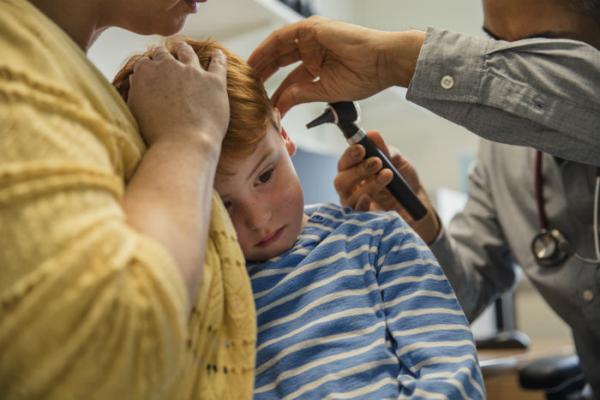 In recent news, a child in Essex has been diagnosed with a one-in-a-million incurable disease triggered by tonsillitis. While it’s a heart-breaking thing for any parent to have to go through, Dr San Sunkaraneni of Guildford ENT highlights why it’s important for parents to try their hardest to get any worrying symptom seen by a doctor.

The boy, 3, was left brain-damaged and suffered from recurring seizures as a result of the condition and was diagnosed over the phone by a GP back in May, but was then rushed to hospital weeks later after suffering seizures.

It’s worth noting that this incident doesn’t happen often, and in fact, there is an incredibly low probability of this occurring, but it can still happen. If a parent spots any symptoms they are concerned about and feel that their GP’s opinion isn’t accurate, it’s worth getting a second opinion just to be safe.

Tonsillitis is a very common condition among children, and, while it can go away by itself, it is still better to be vigilant if a child is believed to have any uncommon or peculiar symptoms. One of the most common symptoms a parent is likely to notice is, of course, the typical sore throat, however, a high fever may accompany it.

Tonsils themselves are a pair of what are known as ‘lymphoid organs’, which trap stray microorganisms as they enter the body through the mouth, and in doing so, they also enable the body’s immune system to learn to recognise them quicker in the future. This alone is a contributing factor to a child’s immune system development.

There are many parents out there that worry about tonsil removal and how it could impact their child’s immune system development; however, there is more lymphoid tissues scattered throughout the mouth and throat, as well as multiple other parts of the body, meaning that the removal of tonsils won’t impact immunity on a large scale. There is also no science-backed evidence that the removal causes any negative side effects.

Dr San Sunkaraneni is a Consultant Rhinologist/ENT surgeon who works at the Royal Surrey County Hospital Guildford in the United Kingdom and serves the counties of Surrey, London, Sussex, and Hampshire. He runs an NHS outpatient clinic at Cranleigh Village Hospital every two weeks. He also receives recommendations from all throughout the United Kingdom.

For more information about how Guildford ENT can assist children with their ENT issues, please see the following URL: https://www.guildfordent.co.uk/