Vegan Family Recipes announced an new range of vegan appetizers, entrees, desserts and other recipes, including couscous burgers, hummus and many more. 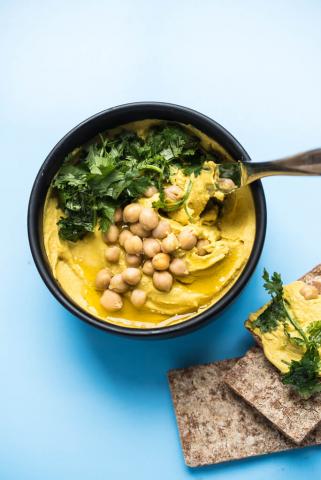 Vegan Family Recipes, a cooking blog specializing in vegan recipes, launched a series of new vegan appetizers, entrees, one-pot meals, and other healthy and nutritious recipes. Many of the originally created by blogger Vanessa Croessman, the recipes are ideal for families looking for tasty vegan recipes that are delicious, nutritious, and easy to make.

More information can be found at https://www.veganfamilyrecipes.com.

The vegan diet has become increasingly popular, with more and more people throughout the world eliminating meat, dairy, milk and other animal products from their diet.

Vegan Family Recipes is a vegan food blog created by Vanessa Croessman after her own positive experience becoming a vegan.

The new recipes include Couscous Burgers, a veggie burger recipe which combines couscous and chickpea with a coconut-garlic sauce for extra taste.

According to Vanessa, couscous is an essential ingredient for the burger. She shares some practical cooking tips: “Couscous is such an easy grain to work with. Just pour hot water over it, cover and let it steam for 3 minutes. It gives this couscous burger a really nice consistency. I like to already add the onion and garlic to the uncooked couscous before steaming it. This lets the garlic and onion flavor really seep into the couscous giving it an even flavor throughout the whole burger.”

Suggested ways to eat the hummus include with pita bread, crackers, as a veggie dip, as topping for a veggie burger, and instead of a salad dressing.

Blog visitors will also find various other vegan recipes with mushrooms, pumpkins, asparagus and other ingredients.