Jermaine Morgan Apollo, the CEO, founder, and first artist of his independent label Speak Greek entertainment LLC., has shared his reflections and advice in an interview. https://myurls.bio/apollo 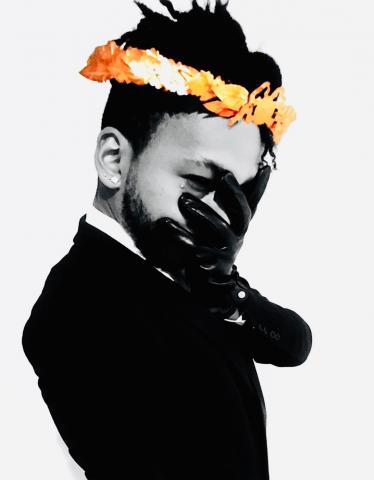 Jermaine Morgan Apollo has today been recognized for being an up-and-coming singer, songwriter, actor, and entrepreneur. He is the CEO, founder, and first artist of his independent label Speak Greek entertainment, LLC. Speak Greek – established in 2017 by Jermaine Morgan and Christopher Snader; is a privately financed entertainment & independent film production company based in Orlando, Florida. Their mission is to create art and bring visions to life through high-quality music, television and film. This recognition is, in part, a result of Apollo’s work within the music and entertainment arena, specifically his work when his viral smash “Prime Time” that garnered over 600,000+ views on YouTube, and is currently trending in India. He works with other upcoming artists on services such as social media marketing, beat making and production, budgeting and studio services. He is also known for his brand and music collective, Speak Greek..

Apollo, a native of Orlando, has been involved with the music and entertainment industry for 3 years. He states: “Music has always been a part of my family, my life. I come from a church background, so that played a huge role. I explored music as a passion in high school and have been doing music seriously for about three years,”. Apollo reminisces how he got involved into music: “I listened mostly to Michael Jackson and Gospel music growing up. I only wanted to sing, I wasn’t the biggest fan of rap in childhood, it just didn’t speak to me at the time. I couldn’t relate to the stuff coming out. That changed quickly though; as I started exploring other genres and rap began to evolve. My mom bought me my first microphone for my sixteenth birthday. It was a cheap computer mic, and it was what she could afford at the time [haha]. I then taught myself how to record, mix, and master. It was a wrap after that. I dedicated the next few years of my life to getting better at my craft,”.

In response to a question on the driving force behind his success, Apollo has explained how it really boiled down: “Once upon a time my family was really going through it. I was in high school and we were moving from place to place and our situation was unpredictable – unstable. A rap song played on the radio one night after another move, and it actually resonated with me. It was as if the artist knew everything I was going through. It made me feel vulnerable, and it was the first time Hip-Hop ever did that connected to me. It gave me hope, and I made it my goal from then on to be able to make other people feel that way through my music,”.

Reflecting on the recognition Apollo is quoted as saying: “Godly or guilty, life’s a flavor to savor, ya feel me? My only weight loss goal is letting go, and my New Years resolution is to live ’till it kills me.” – Apollo [Song] (Good Vibes)

In a recent one-to-one interview, Apollo reminisced on other past achievements, which helped build momentum towards the present day. Notably, one of the proudest was “…the fact that I was able get my first visual Prime Time to go viral overseas, all independently through my own imprint. I proved to myself that I have something here; that I can really do this. I have my brothers, a team, and business partners me backing up. They really believe in me, and I’m proud of that.”.

In the same interview, Apollo stated his intentions for the future. The primary goal for the next 12 months, Apollo states, will be to see Prime Time blowing up even more. I see the rest of the world catching up and joining the wave. I see Speak Greek being legitimized as a household name, maybe even partnered up with a major label. I hope to be featured as an XXL freshman, accomplish a tour with more established artists; but we will see about that one once the COVID-19 pandemic is no longer an issue,”.

Looking further ahead, the aim is to see myself as an A-list multi-platinum recording artist and Hip-Hop mogul. I see myself as the owner of the biggest label the southeast has ever seen. I see Speak Greek being a major player in the game; as big as Sony, UMG, and Warner Bros. so to speak. I see myself signing up-and-coming artists and turning them into household names.

When asked more personally about how he want to be perceived and remembered, Apollo said: “A person that is changing the world through the power of words and music.”

Apollo closed the interview by sharing his recommendation for anybody who wanted to follow in his footsteps in some fashion, perhaps taking the achievements even further.

According to Jermaine Morgan Apollo, “I’m living by two rules currently : ‘Hard work beats talent when talent doesn’t work hard,’ and ‘Don’t worry about the destination, enjoy the journey,’. These quotes are synonymous. Doesn’t matter how talented your are, your work ethic needs to exceed your talent. I know a lot of people that let their God-given abilities go to waste. But who knows? That’s the path they chose. In reference to the second quote, it’s easy to get lost in the sauce and fantasize about the completion of your goals before you even get there. It’s important to visualize, but you can’t make dreams come true by day-dreaming. You have to live in the moment. I’m guilty of that sometimes, and it can get obsessive. But the solution to that is to practice mindfulness and to stay proactive. I feel that by applying these two rules to your life in perfect harmony, you won’t just find success, success will find you,”

You can catch up with Apollo’s social media pages and latest music drops at https://myurls.bio/apollo