Weather experts agree that Houston will have bigger, costlier, and deadlier floods in the future. But it’s of little importance to local home builders. 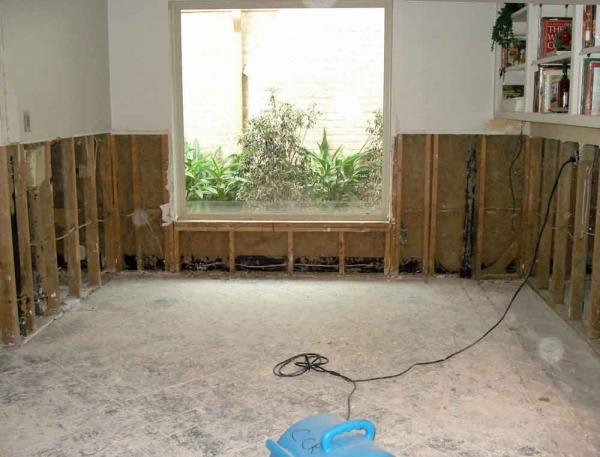 “The way I see it is that Houston homeowners will either pay now to lessen future flood damage or they will pay later and they will do it multiple times,” stated Raymond Campbell of Houston-Home-Buyers.com. Home builders have a well documented history of opposing almost any idea that would increase the price of a new home. It is a very profit-driven, short-sighted approach and it is often successful. They have the money for big campaign contributions and they band together to influence every politician within 100 miles. And they want to kill and bury any official document or suggestion that states that they are building in flood-prone areas. The evidence is the thousands of houses built behind the Barker and Addicks reservoirs. They all flooded during Hurricane Harvey with four to six feet of water inside homes. And they will flood again because they are located in a flood prone area.”

New home buyers in Houston have to deal with this political football. Those that do their research will discover that “official” flood maps are either still out-of-date or they have been subjected to “home-builders surgery.” The fight is over the boundaries of the 500 year flood plain and the 100 year flood plain and how this information is disclosed to house buyers. After major floods in 2015, 2016, and 2017 (Hurricane Harvey) it was vividly demonstrated that the lines on the flood maps are horribly obsolete and mostly useless. Consumer advocates are fighting home builders and their moneyed allies over the updating of the flood maps. Most people would hope that independent hydraulic engineers would make these final decisions rather than politicians influenced by big campaign donations from home builders.

“All houses in the Houston metro area are at risk of flooding. It is not just the number of inches of rain that is a problem, it is all of the upstream water that comes racing downstream from rivers, streams, bayous, and releases from water detention facilities. If a house is at least 10 feet above ground level and is equipped with a diesel generator and 500 gallon fuel tank (also 10 feet above ground level) then the home owner could “ride out” a three week flooding event similar to Hurricane Harvey. He would be isolated and all of his cars would be destroyed but his house would be intact. So if homeowners want to avoid future floods they better build high because Houston politicians cannot stand up to home builders and their high-priced lawyers who minimize the flooding issue,” said Mr. Campbell.

Current ideas for flood prevention in Houston are modest, not innovative. Porous surfaces on all new driveways and parking areas is a technique used in other parts of the world to retain water in the soil and reduce the flow of water downstream. It has proved very beneficial in Europe and Australia but it is double the cost of a flat concrete surface. The benefits are proven but this common sense idea is not even being debated by Houston politicians. A more common approach to flood control in Houston is water retention areas. Unfortunately home builders, realtor organizations, economic development councils, and other groups are opposed to many of these flood control proposals because of cost. Homeowner advocates state that homeowners will pay now or pay much more later. Houston’s future will include heavier floods, stronger hurricanes, and more water runoff from development.

Homes that have flooded once suffer both the cost of repairing the damage and lower home values because they are at risk of flooding again. The affluent Meyerland area suffered three major flooding events in three years and five years after the first flood is still littered with zombie homes that are vacant and will probably never be repaired.