A new Native American romance novel has been launched by popular author Amelia Rose. Indian Bride for the Trusty Miner is the fourth book in the Bear Creek Brides series. 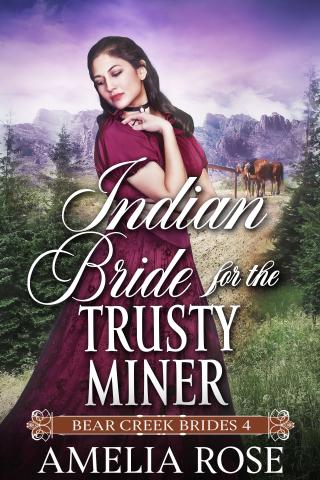 A new book has been launched by popular romance author, Amelia Rose, called “Indian Bride for the Trusty Miner.” It’s the fourth book in the Bear Creek Brides series, and takes readers on a journey through Native American customs and history.

The newly launched book is available on Amazon as both a paperback and a Kindle eBook. It tells the story of a love-struck businessman, a compassionate Sioux maiden, and a heart-wrenching decision that will change their lives.

As readers follow along with their journey, they will wonder whether the power of love is enough to save an entire tribe.

Amelia Rose is known for her exciting and compelling romantic fiction, with a number of books available on Amazon. She describes herself as a shameless romance addict, and this fuels her writing now.

Each story is designed to give readers the sensual stimulation they need to arouse their romantic senses. Amelia enjoys romance stories for a number of different reasons, and tries to tie all of these threads together in her own writing.

In the latest book, Indian Bride for the Trusty Miner, Edward James sees a future filled with business and opportunity. However, he doesn’t anticipate falling for Morning Sun.

Morning Sun wants to marry Edward, but she doesn’t want to ask him to give up his life and his work to live with the Sioux. Compounding this is the threat to the whole of Bear Creek, as the US military plans to banish the Sioux to a reservation.

A recent reader said: “I found this an interesting story about native American customs and history. There was also an interesting love aspect to the story between an Indian maiden Morning Sun and the trustee minor Edward who was half Indian himself.”

Another added: “I liked this book because it shows a different side to life within a Native American culture, and how they dealt with problems created by members of their tribe.”