Most property crimes in Seattle involve motor vehicles, and these cases are difficult for prosecutors to establish in court. That difficulty presents a number of opportunities for defendants. Favorable trial verdicts and successful pretrial resolutions are common in these cases. 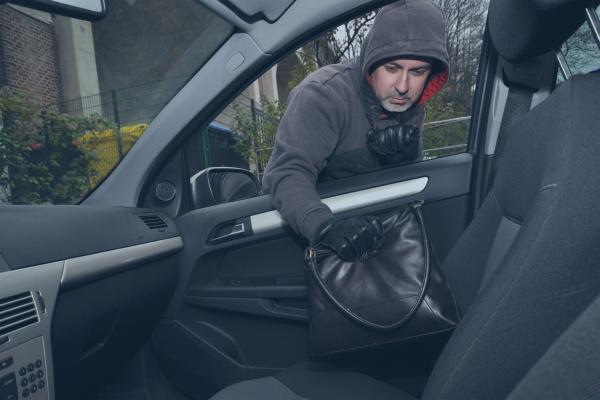 Collectively, auto theft cases, auto burglary (car prowling), and other automobile theft incidents make up about 42 percent of the property crime in Seattle.

At over 12,000 reported incidents in 2017, car prowls lead the category by a country mile. The actual figure is probably much higher. Crime statistics usually only include reported offenses. Downtown Seattle is ground zero in terms of auto property crime. The crime rate decreases significantly the closer one gets to the suburbs. Deputy Police Chief Mark Garth Green said that most car prowls involve one person who breaks into several cars. When investigators receive a complaint, they usually zero in on individuals with criminal records who live near the crime scene.

“It doesn’t matter if it’s a Ferrari or a 1984 Honda, if you leave a duffle bag on the back seat, it’s prone to being car prowled,” he said.

Auto property crime cases usually carry stiff penalties. Even a smashed window and some other damage could cost hundreds or thousands of dollars to repair. So, these cases are almost always serious misdemeanors or felonies. Furthermore, any unauthorized use of a motor vehicle, even if it’s just driving down the block, is always a felony in Washington State.

Occasionally, the prosecutor has security video or some other physical evidence. But typically, as mentioned in the above story, the evidence is usually the defendant’s proximity to the crime scene and the lack of an alibi.

But most people do not go down the street to commit crimes. Instead, they get on a bus and go to other parts of town.

Moreover, an alibi like “I was home alone watching TV” will not satisfy most investigators. But smartphones store location data, computers store browsing history, and streaming services store viewing histories.

The state must establish guilt beyond a reasonable doubt. In other words, the state’s evidence must be totally overwhelming and there must be no other reasonable way to explain the events in question. In a purely circumstantial evidence case, such proof is usually not available. It makes no difference whether the defendant “did it” or not. Everyone is presumed innocent.

Fewer than 10 percent of criminal cases go to trial. No matter how the evidence stacks up, trials are very unpredictable. So, a favorable plea bargain is usually a better option.

If the evidence is weak and/or the defendant has no criminal history, prosecutors normally offer pretrial diversion in property crimes cases. If the defendant completes a brief period of court supervision along with some other requirements, like restitution and a class, the prosecutor dismisses the charges.