GUNSLINGER is the Best Tool Belt for Window Washers.

Reach-iT and Perry Tate has partnered up with Richie Blue to help bring to market his Gunslinger Bucket on a Belt. 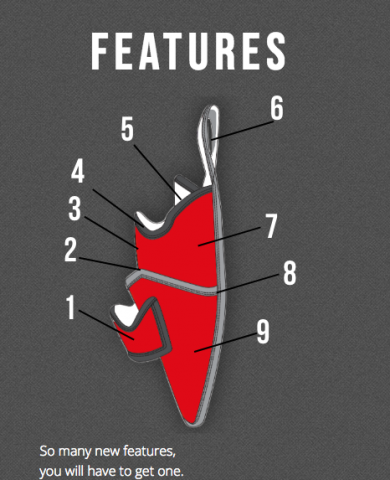 Throw out your plastic bucket on a belt and replace it with the new GUNSLINGER. Designed in San Diego by Richie Blue (a veteran window washer), after he was fed up with drips on his customers’ carpets and his uniform being wet up by the angle of the mop inside his traditional B.O.A.B.

Since then, Richie has been user testing his designs with over 10 different veteran window washers for over a year, the GUNSLINGER tool bucket design is influenced by decades of window washing experience.

In late 2017, Richie Blue was introduced to Perry Tait (C.E.O of REACH-iT) by his good friend Tim Huber. (Outlaw Window Cleaning). Richie had the innovations but was in need of a strong manufacturing partner to execute his vision for the perfect window cleaning tool bucket. Together they are able to offer the perfect window washer tool bucket, in over 50+ colors.

A LETTER FROM RICHIE BLUE

Richie was quoted saying, “It was a refreshing experience to connect with Perry Tait and his Reach-It crew. One of my trusted beta testers Tim Huber (Outlaw Window Cleaning) suggested I speak with Perry about my product. Up until this point I had been stressed on what to do about mass production.”

Richie had been looming local sew shops and connecting with various sewing contractors across the nation. This was a tedious process and was proving to be unfruitful. Because of the nature and construction of this product (waterproofing) and tactical stitching, most didn’t have the resources or frankly the inclination to be bothered with it.

In other words, if it was not going to be easy they weren’t interested. In addition the contractors that were willing to help were very expensive and had no real interest in these products other than how much they would profit from it. This was understandable to some degree but disheartening nonetheless. Finally after repeated suggestions from Tim Huber to contact Perry at Reach-iT, Richie finally did. Richie sent Perry a message through good old Facebook and kick the tires so to speak, not really expecting him to respond.

To the surprise of Richie, Perry not only responded, but did so enthusiastically. He had heard some things about my product through Tim and expressed curiosity and excitement.

Richie was looking for was someone that had the experience, resources, and ability to manufacture and market. Additionally, Richie wanted to work with someone that actually cared about the product and managing quality assurance. After the first message exchange between Perry and Richie, it was on.

Since that day, the two have been communicating almost daily. Perry was interested in developing a relationship not just “I’m the inventor and he’s the manufacture”. When concerns were expressed Perry was respectful, reciprocal, responsive and genuine. The pair really gets along well with each other and it’s apparent that Perry and Richie have the best interests at heart.

It’s not all about the money. There is an adventure at hand and the game is afoot! Perry has a true excitement about him and it’s infectious to everyone within the company.

This partnership will be a long-term synergistic adventure. Another reason for teaming up with Perry is because there will be several other tools we will develop together and bring them to the window cleaning market. Perry understands this and sees the potential in several projects.

Perry doesn’t just talk, he is an action taken and he gets things accomplished. When Perry offers to help, he puts his resources where his mouth is.

Richie was quoted saying, “I love it..! From my perspective I’m more inclined to have support, encouragement, resources and backing to get on with doing what I love. I love developing more tools and accessories. Also, Perry has experience and useful insight. To me this is priceless when I compare it to getting dragged through the mud needlessly.”

Reach-It started where Richie is now and they’ve done all the fails and struggles. The working partnership will help expedite the company’s ambitions while side stepping land mines.

Perry’s response to the new partnership was, “Bottom line, we both see value in each other, we both have great work ethics, we both care about the end consumers, and we both have a no nonsense approach for making things better. So let’s see what happens!”

Learn more about GUNSLINGER at http://gunslinger.futureofcleaning.com/