Grace Wan, Director, Producer, Writer, Actor, Singer, Musician, Creator and Drawer, spends her life with passion by making her utmost efforts toward every single opportunities to peruse her dreams. 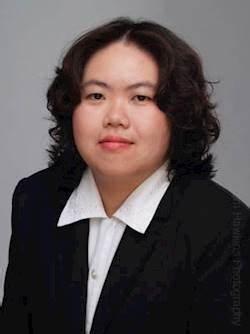 Vancouver, Canada – May 11th, 2021 – Grace Wan, a successful talent, known as the “never give up” spirit to pursue her dreams with passion, led her to major successes with proven results. With her verities of talents with continued efforts, she devoted herself to working as a Director, Producer, Writer, Actor, Singer, Musician, Creator, and Drawer.

Grace Wan was born in Edmonton City in Alberta, Canada, and grown up with two younger siblings after her parents originated from Hong Kong moved to Canada. She has always been passionate to achieve her goals by promoting extra efforts entire her life until now.

Her education started from a ballet dancing class at the age of five (5) in Edmonton. She entered Central Elementary School in Port Coquitlam City in British Columbia at the age of seven (7) after she moved from Edmonton with her family.

After spending years with all her efforts and brushing up her talents from various angles, she started to showcase her piano and singing skills at several talent shows during her education at Riverside Secondary School. Her activities were awarded by the school with a number of certificates for best work habits and volunteers.

Her outstanding ability was also proven by the two certificates given by the Royal Conservatory Music Two for level 5 and 6 piano.

Not only did she peruse her dreams in music, but she also attended Computer Office System at Theo BC school and graduated in the year 2003 and got straight as in Computer Course. Her efforts were again awarded by the school as the Most Hard Working Student in Theo BC. After that, she has started work as Office Assistant at the Mainstream Company.

Her passion and curiosity have never stopped and extended further to take acting lessons by joining Westcoast Actors Studio to pursue her dream to be an actor. Her strong “dream-focused” mind led her to go to the PAVI Film Production School for her college study and studied to be a filmmaker.

“The biggest challenge was that not every time I tried, everything was successful. My advice to others struggling with the same issue is – Don’t give up on your dreams, if at first, you are unsuccessful, try everything and do something different to make you happy and successful”.

She continued, “If you’re in a band, don’t limit yourself to one instrument. Try singing, writing songs, playing piano, guitar, bass, and drums. Show your abilities and talents to everyone. Try everything and that will lead you to become more successful than engaging in one occupation”.

After the completion of an acting class at Westcoast Actors Studio, she joined Film and Digital Arts program at the Pacific Audio Visual Institute. She was awarded as Most Hard Working Student. Following the studies, she started her career as a Production Assistant for the Independent Film of Blood Work Production.

Her professional career as an Actor started in 2004. She has played roles in more than 35 movies, including “Acts of Vengeance” produced (2017), “Acts of Vengeance” is an action thriller film directed by Isaac Florentine. It stars Antonio Banderas as a lawyer avenging the deaths of his wife and daughter. The film also features Karl Urban, Paz Vega, and Cristina Serafini.

“Game Night” (2018) “Game Night” is an American action comedy film directed by John Francis Daley and Jonathan Goldstein and written by Mark Perez. It stars Jason Bateman and Rachel McAdams and follows a group of friends whose game night turns into a real-life mystery after one of them is kidnapped by apparent burglars.

“Venom” (2018). “Venom” is an American superhero film based on the Marvel Comics character of the same name, produced by Columbia Pictures in association with Marvel and Tencent Pictures. The film was a box office success, becoming the seventh-highest-grossing film of 2018, with over $856 million worldwide.

Her career as a Director started in 2007. She has led more than 11 content as a director including TV movies, documentaries, and short videos. She is currently filming “Playground Rules” (Main Casts: Jaime M. Calica, Al Doles).

She is also a Producer of more than 12 contents, started from her best-known film “Hawaii” (2007). She was the Producer, Director, Composer, and Editor of this exploration film about the 50th state, Hawaii. Her 12 works as a Producer include such as short films, video, and TV movie documentaries.

Her creativity never stopped. Not only the listed work as Director, Producer, Writer, but she also composed and wrote a song called “Dream Come True” in 2017. She also released a demo CD including ten tracks songs and created music videos for the cover songs such as Backstreet Boys “I Want It That Way,” Spice Girls “Viva Forever”, “Sclub 7”, “Never Had A Dream Come True”, “Sugar Jones”, “Days Like That” in the same year.

Grace Wan currently assumes her roles as Director at Film, TV & Theatre, Home Manager at GW company, in addition, to stay as a Performer on YouTube.

For more information about Grace Wan and her activities, please visit:

Grace Wan, the Director, Producer, Writer, Actor, Singer, Musician, Creator, and Drawer, spends her life with passion by making her utmost efforts toward every single opportunity to peruse her dreams.