As city-dwelling homeowners, we find ourselves wondering whether a couple of mice in the house really are a problem we should be concerned about. The answer to that is a big “yes” says Lee Maddocks, owner of Gold-Coast-based Richards Pest Control. 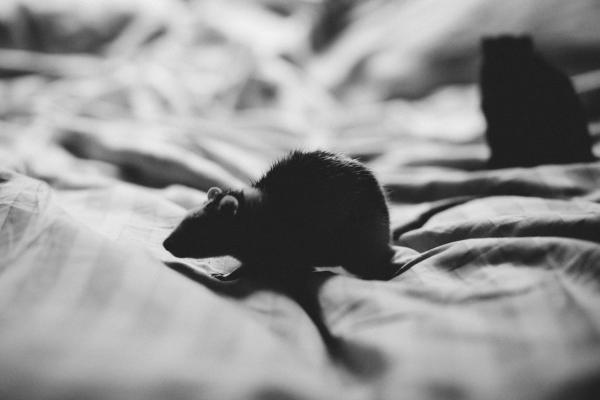 Mice: A Household Health and Safety Risk You Can’t Afford to Ignore

Just about everybody is scared of rats. But mice seem to be so small and cute. Of course, if you remember the horrors of the 1993 mouse plague, you might be inclined to realise the potential for mice to be a problem with huge significance. But that plague was most troubling to farmers who experienced massive losses as millions of mice converged on farming operations.

As city-dwelling homeowners, we find ourselves wondering whether a couple of mice in the house really are a problem we should be concerned about. The answer to that is a big “yes” says Lee Maddocks, owner of Gold-Coast-based Richards Pest Control.

The link, says Mr Maddocks, hasn’t been fully proved, but it’s certainly true that researchers have found mice to harbour bacteria that could be harmful to humans.

“The proof of transmission would be hard to nail down,” says Mr Maddocks. “Remember that researchers must show that an infection was introduced by a mouse. It’s extremely unlikely that sick people would even know they had been in contact with, for example, food that was contaminated by mouse droppings. However, researchers have found bacteria, even antibiotic-resistant strains, in city-dwelling mice. It’s not a huge leap to say that mice in people’s homes can transfer them.”

We also need to remember that mice can frequent some less-than-savory locations before doing a fandango through your pantry. In the US, experts even found city mice carrying a mutated form of a swine illness. As we know today, diseases that specifically infect one species can mutate and even make the jump to another – including humans.

Mice Cause Expensive, and Even Dangerous, Damage

The other big problem with mice is that they like to chew things. It’s not that they’re deliberately destructive. Their teeth continue to grow all the time and, to prevent overgrowth, chewing is a must. Unfortunately, house mice aren’t too fussy about what they chew to wear their teeth down. They may chow down on wood, for example, or more worryingly, electrical wiring.

“Rodents chewing the insulation off electrical wiring is very common,” says Mr Maddocks. “There’s wiring all over our houses, and most of it is in concealed places that mice like to frequent. When the insulation is gone, electrical wiring becomes dangerous. Chewed wiring can easily be the cause of fires, so we’re not just looking at a bit of nibbling – mice could mean the total destruction of your home.”

Controlling Mice Can be Difficult – Even Dangerous

Mice hide away, often in unexpected places, and they are a lot cleverer than they look. That makes control difficult. “If it smells like humans, they’ll be cautious about approaching a bait, trap, or poison,” explains Mr Maddocks. “They also learn fast. If Johnny mouse died from eating that yummy-smelling mouse poison, then Jenny mouse will avoid it.”

The poisons themselves are also problematic. “Certain insecticides can kill insect pests without having any potential for hurting people. But rodents have physical systems much like ours, so if it kills mice, a chemical will likely be toxic to humans and their pets too. There’s also the problem of secondary poisoning. So, for example, if a mouse eats poison, and then a cat eats the mouse, the cat is at risk too.”

“It’s not unknown for small kids to get hold of rat or mouse poisons left in unsafe locations. In the US, 10,000 children a year are said to be affected, and we’ve certainly seen news stories about kids in Australia getting hospitalised because of it,” he warns.

On the surface, the mouse problem seems to be knotty. One doesn’t want them in the house, but catching them is difficult, and poisoning them is potentially risky. We asked Mr Maddocks what we should do if we suspect a household mouse infestation.

“Don’t panic!” is the first rule to rodent control that he advises. And, while he specialises in household pest control of every kind, he recommends talking before you call in the pros. “A good pest control company will be ready to give you advice if you have a minor pest issue. If you’re not sure of how serious it is, they’ll be happy to come and have a look.”

“If you decide to try using poison yourself, please be extra careful. Read the information on the leaflet you get with your rodenticide. It will give you instructions on how to store and use the product safely. Follow these to the letter. It not only covers ways to use the product effectively, but it’s also about your health and your family’s safety.”