The Pacific Airshow, which currently takes place annually in California's Huntingdon Beach will soon host a new event on Queensland's Gold Coast in August 2023. The event is expected to attract the world's top civilian and military aviators, VIPs, and international A-listers. 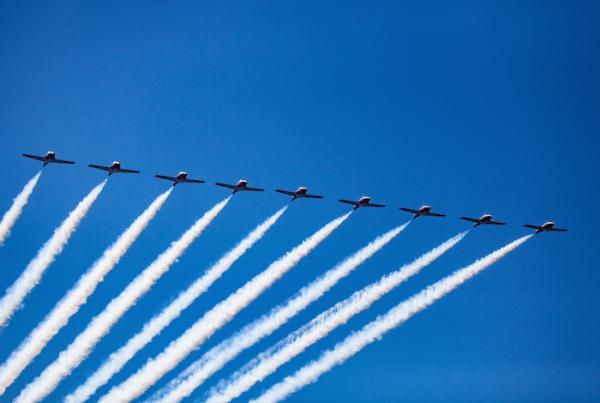 The Pacific Airshow, which takes place each year at Huntingdon Beach, California will now be hosted on Australia’s Gold Coast in August 2023. The Pacific Airshow is a large-scale, family-friendly event that combines breathtaking aircraft exploits with entertainment, art, music, technology, and more. The airshow is expected to be the largest aviation event ever held in Australia.

For more information on the event, visit https://goldcoastlifestyle.com.au/airshow-to-light-up-the-sky-over-the-gold-coast-scheduled-for-2023-get-your-tickets-now

The show has been a major event in Southern California since 2016 and quickly became the most-attended airshow in the United States. Being the top tourist destination in Australia, the Gold Coast was an obvious choice to host the first Airshow location outside of the USA. Matt Hall, a former fighter pilot for the Royal Australian Air Force, has agreed to serve as the event’s first ambassador.

With over 10 million visitors annually, the Gold Coast continues to be Australia’s top tourist destination, making it the natural choice for The Pacific Airshow. Visitors can expect to discover new art festivals, cafes and restaurants along Queensland’s unspoiled coastline. The announcement of this high-profile aviation event is expected to be a significant boost to the region’s economy.

The three-day airshow will feature top aviators from around the world during the day and performances by Australian and international stars at night at the Afterburner Music Festival. The event has rapidly grown to become the largest airshow by attendance in the United States and is expected to draw similar crowds in Surfer’s Paradise.

The Gold Coast Airshow is anticipated to be one of Australia’s largest parties. Promoter Code Four has planned the show for more than three years in close cooperation with the stakeholders from the City of Gold Coast, Tourism and Events Queensland, Major Events Gold Coast, and the Australian Defence Force.

According to a spokesperson, “In Australia, there has never been a large-scale air event organized. This event highlights our dedication to luring the top entertainment from across the world for our locals, guests, and businesses. This will be a yearly event with the best aerobatic teams and performers from across the world, as well as motivating STEM-related educational activities, music, and entertainment. This exciting five-year relationship firmly establishes our city’s position as a premier events destination.”

Interested parties can purchase tickets for the Pacific Airshow at https://pacificairshowaus.com