Gold Coast Family Car Rentals CEO, Darryl Essington-Wilson, has issued a warning to foreign visitors visiting the Gold Coast during the upcoming high season to watch out for hidden fees. 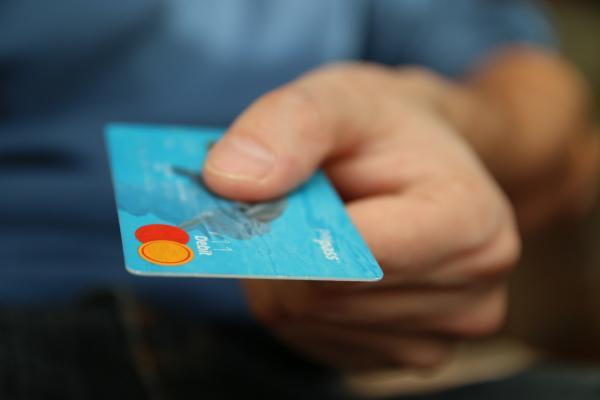 International visitors to the Gold Coast are rising in numbers, and peak season starts soon. Gold Coast Family Car Rentals CEO, Darryl Essington-Wilson, has issued a warning to foreign visitors visiting the Gold Coast during the upcoming high season. And that is to watch out for hidden fees which are added to some credit and debit card transaction charges when they are used in other countries.

He said that fees added by some banks might come as a shock to car rental customers. And that could even be the case when they hire cars from his Gold Coast Family Car Rentals business, which has done its best to keep the rental charges as fair as possible. His family car rentals business has achieved Gold Medal status for Consumer Fairness in all 27 categories, carries a Best Value guarantee, and keeps add-ons and charges, like insurance excess, at low levels. However, there’s nothing he can do about bank charges. The only way to avoid that possible shock when viewing the statement, Darryl says, is for visitors to consult their banks with regard to fees before leaving home.

Not every card holds the same fees for transactions overseas, some include fee add-ons in one area and not another, and add-on charges can differ between credit unions and banks. This can make it difficult for travellers visiting the Gold Coast to be prepared for sudden additions to their overseas spending budget. In some cases, travellers might be relieved when they don’t find any nasty surprises when they see their statement at the end of their travels, but could later be shocked when hit with a substantially higher annual card fee included by the bank to cover extra costs like transaction charges or currency conversion fees.

Swiping a foreign credit card for cash at an ATM in another country can bring on withdrawal fees averaging at around 4%, even if there is usually no charge added to the same credit card on home soil. It is also possible that withdrawal fees could be charged by both the bank that issued the card, and by the local ATM operator. And not all credit cards offer reimbursement of these ATM operator charges.

Currency conversion fees could cost anywhere between 2 and 4%. And any delay in settling the credit card balance in time, which could occur while away from home, could see more interest added to the already bigger total.

While international travellers who use debit cards may have fewer problems than credit card users, they may still face the addition of a foreign transaction (or currency conversion) fee of somewhere between 1 and 3% when purchasing. And there could be international ATM fees of between 1 and 5 % when drawing cash, plus separate charges issued by the local ATM operators. Sometimes these duplicated ATM fees will be refunded by the home bank, and sometimes not.

While travel cards might seem to be the ideal answer, Darryl warns that some card providers might start adding charges if the card is left idle for several months between trips, and, at the same time, charge cancellation fees should the cards be cancelled to avoid those charges.

Darryl also warns visitors to reject suggestions that they pay in their home country’s currency when settling their account. If they accept the suggestion, they could sometimes find themselves settling a payment fattened up by a poor exchange rate and a merchant fee, as well as a conversion fee, in addition to any bank fees the transaction could involve, so enlarging the payment still further. He advises that the best way to avoid these piled-on costs is to stick to paying in the local currency and to check bills carefully before swiping the card.

Coming to grips with unavoidable card costs, and discovering ways to get around the avoidable ones, involves consultation with the relevant credit union or bank before settling on the best card to use. But when it comes to hiring the best value for money Gold Coast car rental, all it involves is booking online with Car Hire Gold Coast or Gold Coast Airport Car Rental, or call + 61 7 5508 3333. Pick up and drop off at the Gold Coast Airport can be arranged.