Ghostly Beard's Music Commands Attention, In a League Of It's Own and About To Release His Finest Single To Date, 'It's A Hurt', Screaming Smooth RnB/Fusion,You'll Be Playing On Repeat. 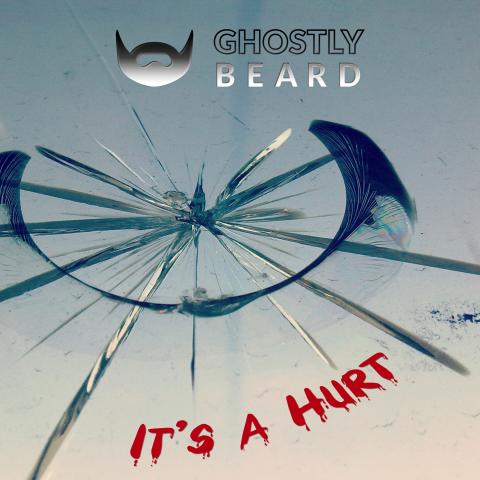 Ghostly Beard, an independent artist is all set to release his finest tuneful work to date, named “It’s a Hurt.” It’s been two years since Ghostly Beard released his first EP and his latest single, “It’s A Hurt”offers a superb fusion of RnB/Rock that’s immersive and inviting; the way music should be.

The man behind Ghostly Beard is a Montreal, Canada based 50 years-old beard flaunting Patrick Talbot. His musical acumen sweeps across soft rock, jazz, prog-rock, fusion, pop, classic rock, and more. A musical extraordinaire, the indie artist is also a virtuoso singer, multi-instrumentalist, producer and songwriter with 40 stronghold songs under his belt since 2013, transcending tune boundaries, making raw and real music after a 15 years-old musical relinquish. His undying passion for creative arts made him come up with “It’s a Hurt.”

Patrick Talbot, aka Ghostly Beard, commands attention by his musical works, which include “Frozen in Time” and “No Return” – “It’s a Hurt” seamlessly comes in a league of its own as Ghostly Beard’s warm voice blends in with very cool, calm and rhythmic production of blended guitar, popping keys and effects with the mid-tempo laid-back groove, making this production unparalleled to his previous works. A catchy chorus threatens to demand full audio attention while the lyrics impart a story of how love can be such a dangerous game. ‘It’s A Hurt’ has the edge with the groove, enticing music enthusiasts to have it on repeat mode.

When asked what inspired Ghostly Beard to write the lyrics for “It’s a Hurt,” he said,

“I’ve always thought that love is a dangerous thing. In some cases, it’s benign (see my previous “Papercut” song), but in some cases, it can really hurt and cut like a razor blade. I had this image of the Occam’s Razor being an actual razor, and everyone is always living on the edge of it, especially when it comes to love, which can be a beautiful, uplifting, an amazing experience, but can also make your life miserable and cut you in ways that are irreparable. I’ve always been fascinated by “the things we do for love” and how it can make us do things we wouldn’t otherwise. So, this song is about that, and it comes from a literal vision of the Occam’s Razor: It’s bloody at its core, which is why I wanted it to have a bit of an “edge”, not just a simple R&B song, particularly in the guitar solo that is rather angry and cutting. I also wanted to have a contrast between the “love, love, love” kind of silly/funny background vocals while the lead vocal is singing how it hurts.”

In an encapsulation, if one is to delve into the depth of the lyrics of “It’s a Hurt”, it is about the universal truth in the effect of love, good or bad and how love touches people in different ways. What makes Ghostly Beard’s song making stand out is the reflection of the negative side of passion and obsession – “It’s a Hurt” depicts that perspective in Patrick Talbot’s signature and unorthodox melodic creativity.