Germany's music sensation Olaf and Hans have released the English version of their latest hit, offering fans outside the country a chance to discover the duo's unique take on schlager music. 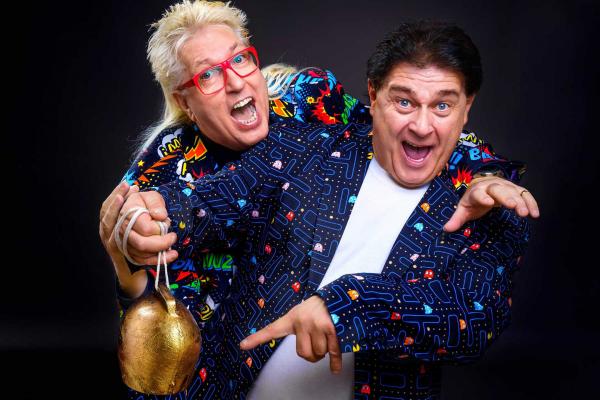 German schlager artists Olaf and Hans have released “You Crazy Moo Moo”, the English version of their new hit single “Du blöde Kuh Du”. The song is available on all major streaming platforms, including YouTube Music, Amazon Music, Spotify, Deezer, and iTunes, among others.

More information is available at http://www.olafundhans.com

The newly released recording introduces the catchy tunes and distinct humor of schlager music to a larger non-German audience. According to the singers, the success of the song in their native country and Europe has resulted in many requests for an English edition.

On their official website, the two said that they “decided to be bold and daring” after receiving overwhelming support from outside Germany. “We recorded the song and the outrageous video in English for all our new fans in the world,” they said.

The music video of the single has also been released on YouTube featuring the pair singing in English and the song’s official choreography, the “Crazy Moo dance”. As of this writing, the music video has garnered upwards of 54,300 views.

According to their representative, the duo sought to show fans that they are still creative, honest, and “batty” as they last remembered them in their 2019 outing with “Die Locke”. They added that the song’s current viral status is proof that the pair can compete with the bigger names in the German music industry.

Olaf and Hans are not strangers to success, as they have received critical acclaim for their charming and humorous songs in the past.

Their storied career started in the early 90s, creating their first single soon after becoming friends. After a lengthy hiatus, the two returned to the music scene in 2014 with “Du bist mein Stern” (You Are My Star).

Their 2016 album Schmerzfrei (Pain-Free) was able to reach the top 40 of the local album charts. As a result, they were recognized in the prestigious smago! Award under the Chart Sensation category.

Schlager music originated in Europe and is characterized by catchy instrumentals and simple lyrics about non-serious themes like love and friendship.

Additional details about this release and Olaf and Hans’s other tracks can be found at http://www.olafundhans.com