Self-made multi-millionaire Gene Bicknell will relaunch his book “Never Fry Bacon in the Nude,” which will allow readers to look into the mind of a successful businessman and entrepreneur. 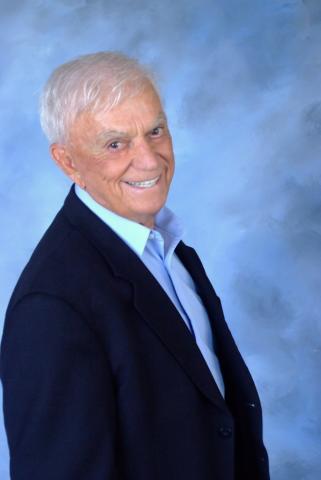 (Franklin, TN, April 3, 2020) Successful financial advisors and consultants recommend reading the non-fiction books of successful people. Why? Because highly successful people think differently! Reading their book will help readers gain insight into their life perspectives and attitudes that were the key foundations of their success.

Gene’s book, “Never Fry Bacon in the Nude,” will not disappoint. His book, which will be available through Amazon in April 2020, will give great insight into the mind of a great entrepreneur; sharing the attitudes and thought processes behind his approach to business and life.

From a humble beginning, Gene served in the army in the early 1950s. In 1962, he bought his first Pizza Hut franchise in Pittsburg and added another store in Joplin, Missouri. As the years went on, he became the world’s largest Pizza Hut franchisee. He also holds stakes in numerous other restaurants and business ventures over his business career.

Gene believes that “your thoughts become words and your words become your actions.” The secret to the success of any entrepreneur is that first step, ‘your thoughts.’” His book, “Never Fry Bacon In The Nude,” shares the foundational thinking of successful entrepreneurs and businessmen.

Bicknell wrote his book to share the many philosophies he has encountered over the years. These are theories and practices he has found useful in the business world. These ideas did not only work for him, but also to the many different people he had been in contact with throughout his years in business.

Through his book, he wants the reader to think about how he or she can apply these ideas to their situations and business projects. His book is about developing oneself not only personally but also professionally.

His book has received praise:

“This superb book details the life and adventures of one of the most inspirational entrepreneurs of our time. Both educational and entertaining, Gene is a straight-shooting no-holds-barred advocate for courageous living.” – Robert W. Brock

Those interested in purchasing his book can go to http://genebicknell.com

From humble beginnings in Baxter Springs, Kansas, Gene served in the army in the early 1950s. In 1955, he went to work for the Goodyear Tire Company in Topeka, and later on left Goodyear and started selling insurance for New York Life. In 1962, he bought his first Pizza Hut franchise in Pittsburg and added another store in Joplin, Missouri. As the years went on, this Pittsburg State graduate became the world’s largest Pizza Hut franchisee.

Bicknell also held stakes in numerous other restaurants and business ventures over his business career. Not content with simply being a successful businessman, Gene became mayor of Pittsburg, KS. Along the way, he has raised significant funds for hospitals, universities and dozens of charitable causes.

Gene has received numerous awards for entrepreneurship and philanthropy. He received both the Regional and National Entrepreneur award and the National Award for Philanthropy.

A caring individual not spoiled by his success, he believes in people and inspires everyone he meets. His life experiences range from being a cattle rancher, veteran, professor, entrepreneur, actor, pilot, politician, sports enthusiast, collector, philanthropist, husband, father, grandfather and friend. These experiences have given him insight that has impacted many over the years. His good humor and life stories appeal to everyone and he has much to tell.