Game changing skincare ingredient everyone needs to know about

Bakuchiol, unlike retinol, is a natural and relatively recent active, which offers the same advantages as retinol but without its known disadvantages. 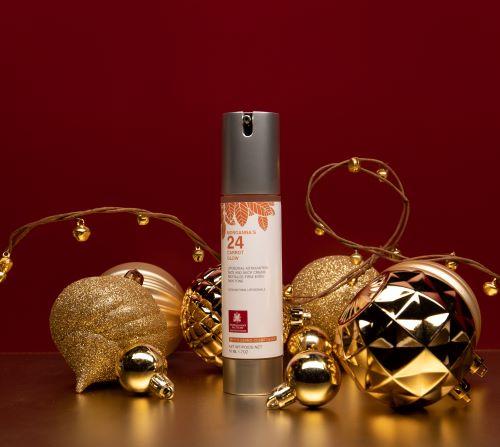 Many cosmetic products contain retinol because it is effective against aging and acne. However, this chemical compound is aggressive and can sometimes cause redness, irritation and flaking, making this a no go for many people, who are not willing to subject their skin to so much aggression. Particularly when there exist many known alternatives.

A 2018 study published this year in the British Journal of Dermatology found that Bakuchiol has similar capabilities to retinol in improving signs of aging in the skin and that it is better tolerated. For 12 weeks, 44 participants had to apply either 0.5% bakuchiol cream twice daily or 0.5% retinol cream every night to their faces. “Researchers showed that retinol and bakuchiol had similar effects in improving wrinkles and pigmentation, but bakuchiol produced less irritation, itching, and burning,” says Justine Kluk.

While Bakuchiol may be new on the Western skincare market, it has been used in traditional medicine for years.

Both Chinese and Indians populations have used Bakuchiol to treat several skin problems including wound healing. However, the major advantage of Bakuchiol is that it has no side effects. In addition, pregnant women can use anti-acne or anti-aging facial products based on bakuchiol (due to the absence of retinoids).

What type of skin is Bakuchiol best suited for?

Bakuchiol is safe and effective to use on all skin types. Bakuchiol may be a great solution to acne and signs of aging for those with sensitive skin who cannot tolerate retinol or other Vitamin A derivatives.

How can you incorporate Bakuchiol in your skincare routine?

Bakuchiol is intensely healing and reparative, so you can reap the most benefits from using it at night. It is extremely well-tolerated so you can also use it during the day as it will not cause sun sensitivity.

“The magic of bakuchiol is that it is suitable for all skin types: dry, sensitive, oily, and others. It’s a gentle solution for those who want anti-aging results without being irritated,” explains experts. “You can use it with vitamin C in serums and creams: it doesn’t make your skin too photosensitive, you can use it in the morning,”

Bakuchiol is a natural active principle with anti-inflammatory, antioxidant, and antibacterial properties. It is very effective in the treatment of blemishes because it works on the very causes of acne.

Bakuchiol also suppresses bacterial overpopulation and in particular reduces the activity of P. Acnes which is involved in the inflammatory reaction and the appearance of blemishes.

The accumulation and oxidation of sebum in the stratum corneum are one of the major causes of the appearance of pimples. Oxidized squalene is very inflammatory and makes sebum solid. This buildup is what causes the obstruction of the drainage ducts on the surface of the skin and weakens your skin barrier.

The last factor involved in acne is hyper-keratinization. This accumulation of dead skin cells prevents the natural flow of sebum and leads to the formation of comedones or pimples following the blockage of the sebaceous ducts. Bakuchiol helps correct hyper-keratinization and therefore allows natural sebum flow.

Unlike Retinol, Bakuchiol is photo-stable. That means that it can be worn in the sun and exposed to light without breaking down and causing irritation.

Bakuchiol contrary to popular belief does not come from a plant that is endangered. As it stated by” It’s extracted from babchi (Psoralea corylifolia), a plant native to India and Sri Lanka with mint-like leaves and lilac flowers. Since babchi has a low germination rate, scientists have cited concerns over its sustainability with increasing rates of illegal harvesting, which threaten to skyrocket alongside backuhiol’s popularity.

Fortunately, Psoralea corylifolia has never been listed as an endangered species by CITES (the Convention on International Trade in Endangered Species of Wild Fauna and Flora). To this day, the babchi plant is cultivated in fields regulated and protected by the Indian government to ensure the plant is not over-harvested” sourced from ” The Good Trade https://www.thegoodtrade.com/features/what-is-bakuchiol.