Phoenix International has launched its Dynamic Dollar Capital Campaign. This initiative seeks to afford the organization the resources to help youth in need across America. 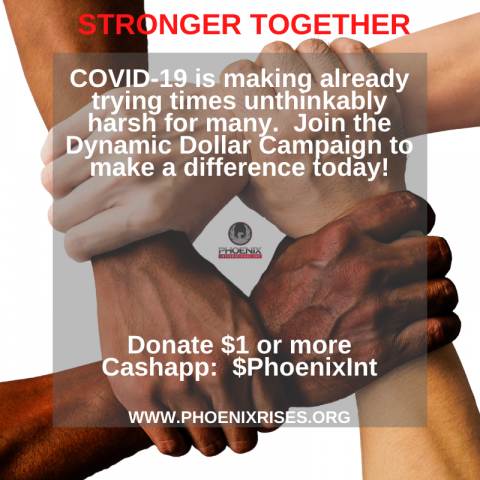 More information is available at http://www.phoenixrises.org.

The Dynamic Dollar Capital Campaign is Phoenix International’s response to the effects the pandemic has had on the youth they serve. This fund seeks to assist young people between the ages of 17-21 who are homeless or unemployed due to the pandemic. The agency understands that many people have been displaced financially during this time and welcomes contributions as little as $1 dollar to support their cause.

Phoenix International has been aiding young people that are aging out of foster care since July of 2017. Since its inception, the organization has helped 47 homeless youth get off of the streets, secure jobs, life skills, and education. Normally, they would have a large number of young people to serve across America. With the pandemic, that number has increased exponentially beyond what their resources can allow them to cater to. This reality is what has prompted them to launch the Dynamic Dollar Capital Campaign.

Unemployment rates are at an all-time high and many people are not sure if they can survive on what they have. This is a new reality for some but for the youths that Phoenix International serves, this is a daily occurrence. Some of these young people have been without employment for so long that they are forced to live in shelters because they can no longer afford rent. In other instances, they have to choose between paying rent and eating with what is left of their income. In this time of global economic crisis, their situation may be much worse.

The Dynamic Dollar Capital Campaign seeks to expand Phoenix International’s reach so that more youth can be helped. The organization believes that $1 may not be a lot for one, but many people giving $1 towards this initiative can influence great change. “While we may not be able to solve the worlds problems on our own, together there is very little that is impossible,” says Maurice D. Ravennah, CEO of Phoenix International.