Forcing the Past Vibrantly to Life

NEW YORK — A man in an old-fashioned newsboy cap stood on the cobblestones and did something few are likely ever to have done: He spoke with brimming heart about the intrinsic beauty of his tenement. 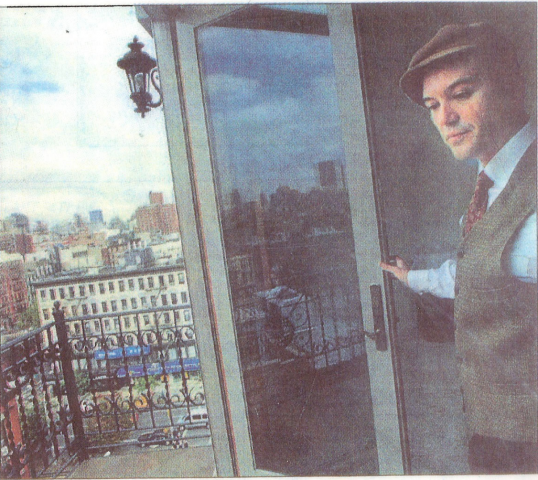 NEW YORK — On a block so overcrowded with poor immigrants 100 years ago that its population density rivaled that of Bombay, a man in an old-fashioned newsboy cap stood on the cobblestones and did something few of his forebears are likely ever to have done: He spoke with brimming heart about the intrinsic beauty of his tenement.

After gaining sole ownership of a leaky multifamily dwelling at 100 Orchard Street in 2000, “I asked myself, What’s the soul of the building and the block like?” said Randy Settenbrino, a Brooklyn-born grandson of Italian Americans and Russian-Jewish immigrants. “Since this had been the Jewish ghetto, I wanted to accurately represent the immigrant experience with a historical Jewish accent.”

The resulting blend of preservation and design is completed at The Blue Moon Hotel, a boutique guest house combining humble period details with such modern luxuries as whirlpool baths and a jazz-filled basement lounge.

“The first thing I said after buying it was, I want to preserve the building,” Settenbrino recalled, “People said: You’re nuts. It’s a tenement. There’s nothing worth preserving here.” But Settenbrino believes that life’s beauty lies in its imperfections, and he set about trying to apply this philosophy to his new hotel, which is across the street from the Tenement Museum. For example, Settenbrino rescued, and later re-installed, original 19th-century oak wainscoting and pine window moldings, intentionally leaving the nail holes unfilled.

Fire escapes on which immigrants once slept on sweltering summer nights were removed, cut down and reattached as decorative balconies. And inside the sun-filled top floor of the Blue Moon, as Settenbrino proudly pointed out how the sink cabinets incorporate spindles from the tenement staircase, it was possible to see both where the hotel’s owner came from and where he might be going. East of the rear Williamsburg Bridge, on the far side of which all of Settenbrino’ s grandparents once lived, including his Bubbe Ida and Nona Carolina And in the front suite, where Settenbrino’ s family celebrated the balcony doors opened onto a million-dollar view of the Empire State Building.

Adapted from an article by John Freeman Gill.

Information for booking and other inquiries can be found at