Moving beyond the Westphalian nation-state with borders, Swedish-founded Bitnation is a full-blown blockchain based decentralized government service provider. Now moving into its final stages, award-winning Bitnation has launched an app and initial coin offering. 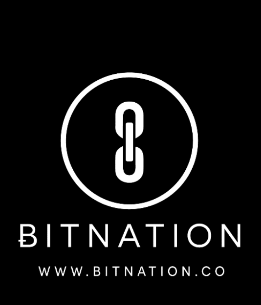 BitNation is attempting to create something with blockchain technology that until now, most would have thought impossible; a Nation. Creating a Decentralized Borderless Voluntary Nation (DBVN) is a pretty revolutionary idea at first, since nations are normally thought of as having a defined territory, permanent population, and a physical government. BitNation is aiming to solve a lot of problems that have arisen in the governance sector and transcend arbitrary national borders by offering everything from opt-in nations to the world’s first blockchain marriage, to birth certificates, to refugee emergency identities.

More information is available at https://bitnation.co.

Winning the UNESCO’s Netexpo Award in 2017 for digital innovation, BitNation features include the ability to join and leave nations, become a world citizen, and to gain access to many services traditional governments and nations offer such as dispute resolution and contract enforcement. In addition, the platform also offers encrypted group messaging, an ether wallet, and customized profile. Users can also create their own nations on the BitNation’s Pangea platform. Users can utilize Ethereum in their wallets to create their own nations.

Focused on establishing a one million user community, BitNation is continually growing as it enters new development phases. One of the current focuses amongst the BitNation team is the Initial Coin Offering (ICO) they are launching which is scheduled to take place from March 25, 2018 until April 25, 2018.

Another one of the issues BitNation is attempting to resolve involves how more and more people are working and even living online. With over 1 billion people due to be online workers by 2025, offering their services around the globe, many of these workers require governance systems with the ability to enforce contracts and transcend arbitrary national borders. BitNations platform aims to be able to solve these types of issues by giving ‘voluntary citizens’ on their platform these types of legal protections through blockchain smart contracts which citizens can establish.

Founder of BitNation, Susanne Tarkowski Tempelhof said, “The purpose of BitNation is to create a full-blown blockchain based government service provider which is easy to use, affordable, non-geographically contingent, voluntary and trustless. By using the Blockchain technology – a cryptographically secure, distributed public ledger – we remove the need for the element of ‘trust’ which has previously been catered for by nation state governments.”

Recently released, the BitNation app enables users to create their own nation, which is decentralized and borderless. The user can name their nation, give it a brief description, and pinpoint its location, as well as give it a government structure, laws, and economic model.

To check out Bitcoin’s app, visit the link below