Alan Porter was a featured speaker at the annual Thought Leaders’ conference, the Business Expert Forum at the Harvard Faculty Club. These thought leaders include CEOs, dignitaries, professionals, best-selling authors, technical and medical experts from around the world. 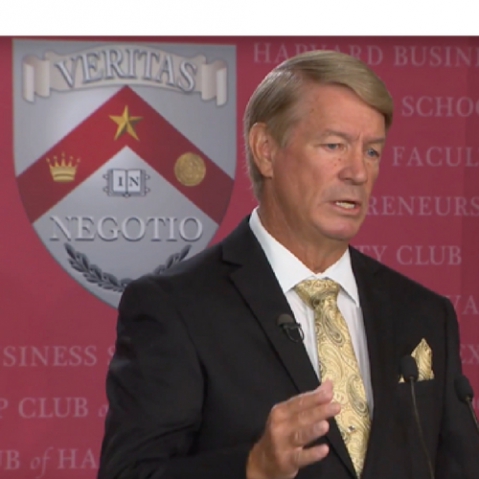 Alan Porter was a featured speaker at the annual Thought Leaders’ conference, the Business Expert Forum at the Harvard Faculty Club. These thought leaders include CEOs, dignitaries, professionals, best-selling authors, technical and medical experts from around the world.

After being a Blackhawk helicopter pilot and instructor for 21 years, his career path took a dramatic change when he became a financial advisor.

“I was devastated,” he said. You might think you are the healthiest person in the world, but you don’t know what is going to happen in the future.”

During this time, he embarked on a financial education journey. “I was like 99 percent of the people who thought that insurance was a death product and you had to die to take advantage of the payout. Wow, was I mistaken,” explained Porter.

Porter teaches his clients how to protect themselves from catastrophic events and set them up with a tax-free retirement.

“I teach my clients about legal financial strategies that some might consider out of the box thinking.”

“I have crossed over into the terrain of the wealthy and powerful, and I guide clients on how to use legal obscure financial strategies. I broke the insider’s financial code and I’m out to share the secrets the wealthy and the financial institutions use to protect, retain and increase wealth. I want every one of my clients to become their personal bank to pay themselves instead of the banks.”

Porter then challenged the attendees at the Harvard Faculty Club to take charge of their financial future and to protect themselves, their family and to leave a legacy and make a difference in this world.

“You only live once make your life a life of significance!” said Porter.

Alan Porter is the owner of Strategic Wealth Strategies located in Fayetteville, North Carolina, and a founding member of the American Tax Planning Institute. He is a non-traditional financial advisor. His mission is to defend his clients from the enemy: excessive taxes and wealth killing financial strategies. He has been featured on ABC, NBC, CBS, FOX and CW and interviewed on ESPN radio. He has also co-authored two International best-selling books.