Always consult a lawyer after a car crash.Even if you were at fault for the accident; compensation may be available. Both from the negligent driver and any responsible third party. 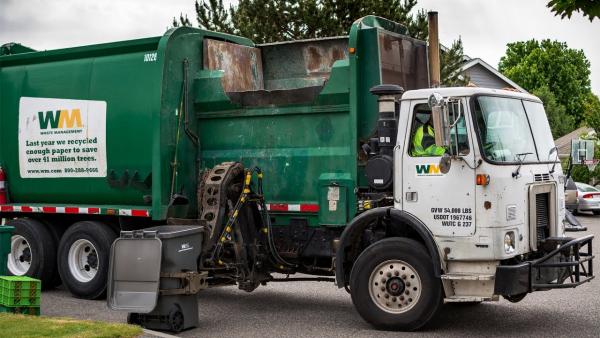 An early-morning wreck involved a garbage truck and an international student at Butler County College. Which individual, or what entity, is on the hook?

According to police, 25-year-old Henry Too Cheseto was apparently on his way home from classes when he drifted across the center line on West Harry near Andover Road. He hit a garbage truck head-on. The force of the collision ejected Mr. Chesto from the vehicle.

He was pronounced dead at the scene; the Waste Management truck driver was not injured.

“Many people think that fault for the accident and legal responsibility for damage are the same thing,” commented Wichita personal injury attorney Larry Wall. “But that’s not necessarily the case.”

The police accident report usually assigns fault for the crash, and the insurance companies consider these determinations to be conclusive. But in situations like the above garbage truck/passenger vehicle crash, the police report only contained one side of the story. The victim was obviously unable to give a statement.

The same thing applies if any driver crosses the center line. The “going the wrong way” driver is not necessarily legally responsible for the crash. If the other driver had the last clear chance to avoid the collision and did nothing, the other driver is at fault.

Additionally, you can never go exclusively by the police report in catastrophic injury or fatality crashes, Mr. Wall added. If the emergency responder concluded that the other driver was the victim, many people do not even bother talking to an attorney. But in these situations, the police report only contains one side of the story. So, of course it will side with the driver who gave a statement.

Accurately determining liability requires several things. First, an attorney must find additional evidence. A vehicle’s Event Data Recorder, which is a bit like a commercial jet’s black box, is a good place to start. Next, an attorney must thoroughly research the law. Because of tort reform, the sand is always shifting under the last clear chance doctrine. Finally, an attorney must aggressively advocate for the client.

Furthermore, the tortfeasor (negligent driver) may not be legally responsible for the crash. The respondeat superior doctrine states that employers are liable for the negligent acts of their employees. Vicarious liability is especially important in catastrophic injury cases. The damages are often so high that individuals do not have enough insurance coverage to provide fair compensation.