Kayla Sol has launched a new single, called “Dance”, through Black Tie Music/Mesmerized Entertainment/EQ. It is resonating with fans across major platforms, including Spotify and Apple Music. 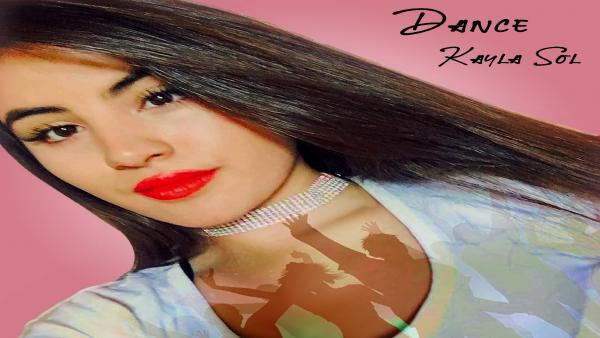 Black Tie Music has announced that a new single has been launched by popular singer Kayla Sol. The new track, called “Dance”, is available on major streaming platforms like Spotify, Apple Music, Amazon Music and more.

Further information is available at: https://lnk.to/DanceKaylaSol

The newly launched song has an upbeat, energetic feel that is resonating with fans who have felt stifled or trapped by the ongoing pandemic.

Black Tie Media Music Group was founded in 2020 and is a leading global distribution company with a focus on supporting rising stars. They provide artists with access to the experts they need to reach a wider audience in the ever-changing marketplace.

Kayla Sol is one of their leading artists, and the team explains that her latest single is proving popular across all platforms.

Kayla Sol is a singer, songwriter, model, actress and poet. Based in El Paso, Texas, she is known for her soulful musical deliverance.

Beginning her career at the age of four, when she mimicked songs that she heard on the radio or TV, she has now embraced the arts and is excited to announce the release of her latest single.

She has developed her voice through the choir, theater and a variety of other arts organizations. She has regularly sung the national anthem at sporting events, developing a theme that encompasses R&B, gospel, jazz, rock, blues and pop.

Influences include Barbra Streisand, Selena Gomez, Adele, Bruno Mars, and Whitney Houston. The popular singer also explains that Beyoncé, Sam Smith, and Michael Jackson have had a large impact on her artistic development and growth.

Kayla Sol has auditioned for The Voice and was chosen to advance on the program. She has also performed at major NYC nightclubs alongside other popular artists like Shaggy.

Now, through the release of her latest single, she hopes to bring her music to a wider audience. Fans are encouraged to follow along through the above-mentioned website.