A new fighter pilot training course has been launched by former F-18 master, Ed Rush. It offers insider tips and tactics from a Top Gun graduate. 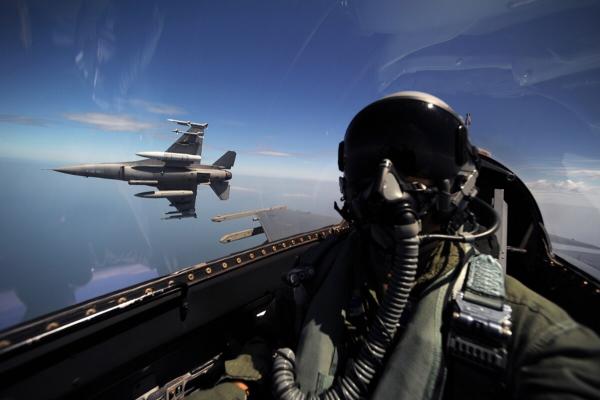 A new course on how to to become a fighter pilot has been laiunched by Ed Rush, offering 144 pages of information, audio guides, and more. For those who dream of flying for the United States military but don’t know where to begin, it offers insight and guidance into landing the dream job.

More information can be found at: https://pilotrush.com

Ed Rush explains that, for most people, their only resource when it comes to learning how to be a fighter pilot is their local recruiter. But in most cases, those recruiters haven’t actually been through the process of landing a fighter pilot spot.

That’s where the newly launched course can help, because Ed has been there and done that. He is an experienced pilot and graduate of Top Gun, the Navy’s fighter weapons school, and has flown an F-18.

In addition to this, he has served as the Marine Corps leading expert in fighter maneuvering and F-18 tactics. This means that he has a huge range of experience that he can relay to anyone signing up for his new course.

He designed the course after realizing that, if he could arm candidates with all the insider knowledge he has acquired, he could help more people to excel in flight school.

By taking the course, participants are more likely to land their aircraft of choice after graduating. The Fighter Pilot Power Pack is designed to leave nothing to chance and ensure trainee pilots have the best experience.

It adds: “And the Fighter Pilot Power Pack is now a Digital Download so you will get instant access to all of this information, so you can start on the path to becoming a fighter pilot in just a matter of minutes.”