CCHR is updating its report on Psychiatric Drugs Cause Violence and Suicide in light of recent killings and study linking antidepressants to commission of violent crimes. Increase in current psychotropic drug use raises concerns about violence. 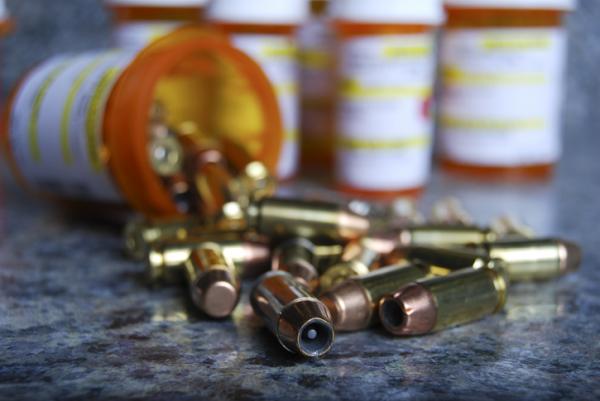 Citizens Commission on Human Rights International (CCHR) announced it has started a research project to update its report “Psychiatric Drugs Create Violence and Suicide” in light of recent violent killings. Psychiatrists wrote 86% more prescriptions for psychotropic drugs during the March-April lockdown months compared to January and February this year.[1] This prompts concerns because drug regulatory agencies across the globe indicate that drug adverse effect reports show that a percent of people taking these drugs will experience violent and aggressive reactions.

Of nearly 410 agency warnings against psychotropic drugs, 27 warn of violence, aggression, hostility, mania, psychosis or homicidal ideation and 49 warn of self-harm or suicide/suicidal.[2]

A Swedish study just published in the peer-reviewed journal European Neuropsychopharmacology found that some people being treated with selective serotonin reuptake inhibitors (SSRIs) antidepressants have a greater tendency to commit violent crime. More importantly, the study, confirms how such violent effects can continue during sudden withdrawal, continuing for up to 12 weeks after stopping antidepressants.[3]

While the authors caution that it is an “association,” rather than cause and effect, the study joins numerous others and expert reports that do suggest a causal relationship. Professor David Healy, an international expert in psychopharmacology, says that the main causal factor behind suicide and violence while taking antidepressants is increased mental and/or physical agitation. This led to about five percent of subjects taking the drugs to drop out of clinical trials, compared to only 0.5 percent of people on placebos.[4]

There can be a number of reasons for mass murder, school shootings and violence, but the introduction and increases in psychotropic drug use in the U.S. in recent decades has questioned a reliable link between the drugs and violent behavior. “Violence and other potentially criminal behavior caused by prescription drugs are medicine’s best kept secret,” Prof. Healy said.[5]

The Swedish researchers examined the records of 785,337 people aged 15 to 60 years who were prescribed an SSRI in Sweden in 2006 through 2013. These patients were followed up for an average of around seven years, which included periods when individuals took SSRIs and when they did not. Individuals in the study committed 6,306 violent crimes while taking SSRIs, and 25,897 when not taking them—on average 26% higher during the antidepressant-taking period.[6] They were quoted as saying: “This work shows that SSRI treatment appears to be associated with an increased risk for violent criminality in adults as well as adolescents,” according to the study authors.[7]

The increased risk persisted for up to 12 weeks after the estimated end of SSRI treatment and violent crime existed in young adults as well as in adults aged up to 60 years.[8] Psychotherapy and Psychosomatics Journal also published a study in October 2012 about persistent antidepressant withdrawal effects finding they could last six weeks.[9]

It’s not limited to antidepressants but also benzodiazepines and antipsychotics.

Finnish researchers published the findings in their 2015 study that determined benzodiazepines could increase the risk of a consumer committing a homicide by 45% and antidepressant by 31%. A study published in the European Journal of Clinical Pharmacology also found that “…benzodiazepines and [SSRI antidepressants] are the main pharmacological classes able to induce aggressive behavior.”[12]

Researchers took the FDA’s Adverse Event Reporting System data and extracted all “serious adverse event” reports for drugs. Of the 484 drugs identified, 31 drugs were disproportionately associated with violence, of which 25 were psychotropics. They accounted for 79% of all the violence cases reported. The specific cases of violence included: homicide, physical assaults, physical abuse, homicidal ideation, and cases described as violence-related symptoms.[13]

Recent killings have included a 23-year-old university student accused of inexplicably killing two men with a machete or sword and injuring another. The man had undergone years of psychiatric treatment, seeing a number of “therapists.”[14] A man who allegedly attacked the Cuban Embassy, firing at it 32 times in April, was previously evaluated at a psychiatric hospital and prescribed an antipsychotic in March 2020.[15] Although he may not have been compliant in taking it daily, antipsychotic withdrawal effects also include hostility. The drug remains in the system, potentially impacting upon mental faculties and emotional behavior.

Psychotropic drugs and other invasive treatments such as brain-intervention methods like electroshock may explain what drives a person to commit mass murder. This needs to be properly examined before pouring more funds into mental health and the lessening of any restrictions on psychiatric treatment protections and safeguards.

CCHR is the mental health watchdog responsible for more than 180 laws that now protect patients from damaging practices. DONATE to support its work here: https://www.cchrint.org/cchrint-donate/

[6] “SSRI antidepressants associated with increase in violent crime in some patients,” European College of Neuropsychopharmacology, 28 May 2020, m.cchrint.org/service/home/~/?auth=co&loc=en_US&id=288585∂=2