Dexioprotocol (DEXI) has just released its new In-Game Token Dexigas $DXG on October 20 and announced its new NFT Marketplace launching October 29, 2021, providing the world with a new way of engagement with the world of blockchain on its soon to be launched Mainnet. 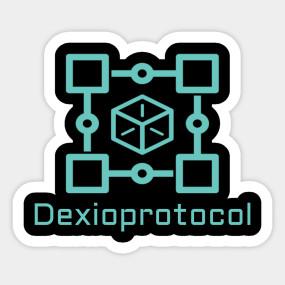 Dexioprotocol (DEXI) aims to revolutionize blockchain-based gaming by launching a user-friendly NFT platform and developing their own blockchain network and exchange, complete with a secure, sophisticated digital wallet and a state-of-the-art AR application. DEXIGAS (DXG) is the utility token within its gaming ecosystem and was released on October 20. Dexioprotocol is also announcing a cutting-edge NFT Marketplace launching on October 29.

The cryptocurrency gaming company is currently developing three games. The beta version of the Dexi Hunter App, its flagship augmented reality crypto bounty hunting game, will be available to whitelisted testers by the end of November. Legends of the Dexiverse (a voxel art single player game) and Dexi Hero (an online card game) will also be available later this year. Their intention is to create many more, fully intending to become an industry-standard in Augmented Reality (AR) app development. The new network, the Smart Dexio Netowork (SDN) is already being put through the paces, with DEXI and DXG scheduled to be migrated to mainnet before the end of the year.

The Vision of Dexioprotocol with its two tokens DEXI and DXG

DEXIGAS (DXG) was created to be the utility token within the Dexioprotocol gaming ecosystem on its Smart Dexio Network (SDN). Including this token will lend the ﬂexibility that an in-game currency allows as the network and gaming ecosystem expands. Every time a digital asset is collected or an in-game transaction is made, a portion of DXG is burned.

Dexioprotocol owners and developers Greg and Don had this to say about some of the technical aspects of the two tokens:

“There have been a lot of questions regarding the relationship between DEXI and DEXIGAS and how those two tokens will play an ongoing role in the future of Dexioprotocol. The first and most obvious question is, ‘Why do we have 2 tokens? What is the point?’ To properly answer that question, we must first lay out some of the aspects of our long-term plan. We are in the process of building our own network, the Smart Dexio Network (SDN). Having our own network is critical to our strategy to become a major player in the crypto space. By having our own network; we will be able to pair other tokens with DEXI , minimize gas fees, increase the speed of transactions, manage governance, and implement the changes we will undoubtedly need to make as we continually adapt to the rapidly changing environment that is crypto. We are already working on a comprehensive set of cross-chain features and streamlining some of the better aspects of the networks that are already in existence like VeChain, Ethereum, Binance and others. Like any network, the SDN will have the ability to pair other tokens with DEXI, stake DEXI in order to become a validator and to “mine” DEXIGAS, and participate in governance by holding DEXI. In other words, DEXI will be a vital component of the network. We have had many conversations internally and with industry partners, community, and team members, that have helped us in continuing to explore how we want all of this to work to its greatest potential. Because of that, there has been some confusion about the role of DEXI in this new epoch of Dexioprotocol. Let us assure you: DEXI will be the native token of the Smart Dexio Network and plays an essential role. DEXIGAS will be our in-game currency. We have launched now on the Binance Smart Chain Network (BSC) before we migrate to the SDN so that we can figure out exactly what works and what does not work for us before we make the migration. When we migrate to the SDN we will be able to move from DEXI (V1) and DEXIGAS (V1) to DEXI (V2) and DEXIGAS (V2). This migration is going to give us the opportunity to take advantage of developments within the crypto space, especially as they relate to networks and cross-chain functions, as well as implement any features or remove any that we decide work better for our long-term goals.”

The Migration of Dexioprotocol to its Own Network

For now, DEXI and DEXIGAS will remain on BSC as BEP20 tokens. The decision to launch on BSC before migration to the Smart Dexio Network was strategic, so that evaluations may be made concerning which technology is more or less efficient before migration is made. This migration will allow the opportunity to take advantage of developments within the crypto space, especially as they relate to networks and cross-chain functions, as well as implement or remove any features to support the long-term goals of Dexioprotocol.

According to recent data, fewer than 100 million people worldwide are currently investing in cryptocurrencies. That represents less than 3% of the global population. Dexioprotocol plans to dramatically change that by engaging vastly more people in activities that encourage them to learn about cryptocurrencies, blockchain, and the networks they are built on. The opportunities in this next epoch are limitless and will facilitate exciting new innovations in business, education, recreation, art, and music.

What is the vision Dexioprotocol? The vision is a world in which blockchain technology is mainstream and infinitely more people are connected by it.