A recent hit-and-run accident in Oklahoma City illustrates some basic principles about these cases. Victims do not need much evidence to mount a successful claim, and they should expect to deal with some loophole defenses. 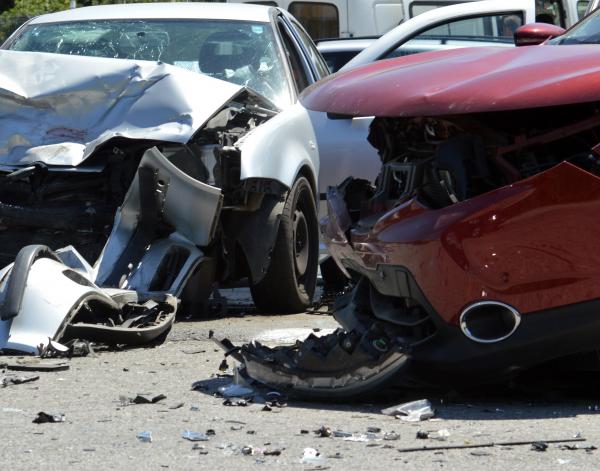 Oklahoma City police officers have few clues in a hit-and-run incident which killed a pedestrian.

According to investigators, a dark red Ford Explorer plowed into 86-year-old Mark Ryan as Mr. Ryan was crossing the street. The accident happened around 11 p.m. near the intersection of Tulsa and Northwest 36th Street. Residents say that people often drive recklessly in this area and there are many car crashes, but this is one of the few which involves a pedestrian. “Crossing that street is one place I’m super careful,” remarked neighbor Rick Kelly, who is also 86.

Officers asked for tipsters to come forward as they apparently have no leads.

Many victims believe that there is little point in pursuing a damages claim in cases like these, since there is no responsible party. But that’s usually not the case, according to Oklahoma City personal injury attorney George H. Brown. “Even if there is no at-fault driver in the police report, we can still obtain compensation for most victims,” he said. “These individuals deserve justice as well, so our goal is to obtain both these things.”

First responders often overlook some evidence in hit-and-run cases, he said. These people are there to secure the scene and tend to injured victims. They are not there to collect evidence for a future lawsuit, Mr. Brown added. Some overlooked evidence includes:

● Additional Witness Statements: For various reasons, many Oklahomans do not readily come forward and talk to police officers about what they saw. Attorneys usually partner with private investigators to find additional witnesses.

● Area Body Shops: These same investigators can also visit local body shops and determine if any damaged vehicles matching the suspect vehicle have recently come in for repairs.

● Stakeout: Police officers will usually not stay in a certain neighborhood and see if the suspect vehicle returns. But a private investigator has the patience to do that and more.

The burden of proof in negligence cases is rather low. So, it’s usually sufficient to identify the vehicle. There is usually no need to place the owner behind the wheel at the time of the accident.

A prima facie claim for relief is just the beginning. Oklahoma insurance companies may introduce defenses. One legal loophole, the sudden emergency defense, is especially common in pedestrian accidents. Tortfeasors (negligent drivers) are not liable for damages if they:

Oklahoma insurance company lawyers often claim that pedestrian victims “darted out” into traffic, so the tortfeasor was not legally responsible. But a jaywalking pedestrian is much like a pothole or a stalled car. Since these “emergencies” are common, drivers should be ready for them. Therefore, the rule is usually inapplicable in Oklahoma City pedestrian accident cases.