The Children’s Cancer Connection is excited to announce that the 23rd edition of its popular charity fundraiser the Danny Joe Memorial Golf Tournament raised a record-breaking $18,000. 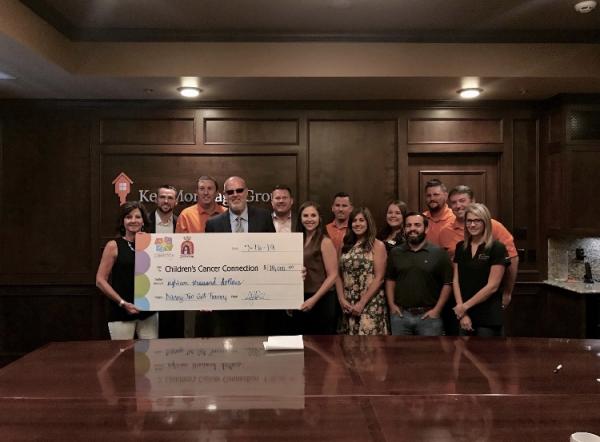 The 23rd edition of the Danny Joe Memorial Golf Tournament, a popular charity fundraiser event for families battling children’s cancer, has been massively successful, raising $18,000 for the Children’s Cancer Connection. This is an important achievement for the event and marks the most successful fundraiser so far, with the previous 22 editions averaging around $8,000 – $10,000.

More details can be found at https://gokeymortgage.com/community-involvement.

The Danny Joe Memorial Golf Tournament is a yearly charity fundraiser tournament organized in the memory of Danny Joe Cornish, a very compassionate boy who passed away at the age of six, after a long fight with cancer.

One of Danny’s favorite activities was attending a popular summer camp organized by a group of families then known as The Heart Connection – a group founded by Danny’s parents Kelly and Billie Cornish, among others.

Later rebranded as the Children’s Cancer Connection, the group is a dedicated non-profit organization offering care and support for families fighting cancer. To celebrate Danny’s love for the camp and raise awareness of their cause, the group organizes a yearly two-week summer camp.

The event aims to provide participants with plenty of opportunities to socialize, connect and have fun, while also raising money for families facing cancer. The first week of the event is dedicated to children with cancer, and the second to their siblings.

The Danny Joe Memorial Golf Tournament, originally started as a way to raise funds for the summer camp, has become a celebrated tradition in itself. The event brings together children, their families, volunteers, and anyone wishing to support the fight against children cancer.

The tournament features a variety of games, as well as a small breakfast, lunch, snacks, and a prize ceremony.

With more than twenty editions, the charity tournament has always been successful, regularly raising between $8,000 and $10,000 per edition.

This year’s edition – the first to be held in Davenport – marks a record-breaking achievement with more than $18,000 raised. For more details, please visit https://bit.ly/DannyJoe

One of the main supporters of the charity event is Key Mortgage Group, a company who is actively involved as sponsors for multiple charity organizations in Iowa.