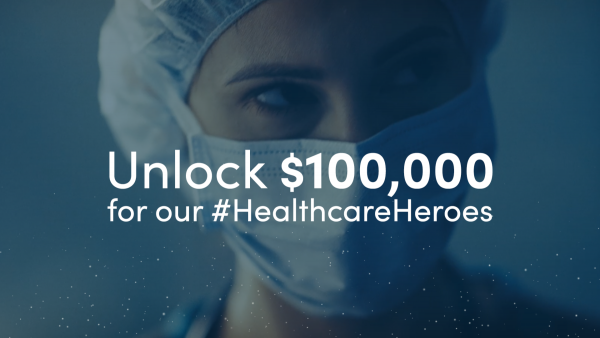 DHD Films, an award-winning Dallas film studio announced the expansion of Healthcare Heroes, a community appreciation campaign. The campaign welcomes people to submit a short video clip expressing gratitude for the thousands of healthcare workers on the front lines of the global pandemic.

More information about DHD Films and Healthcare Heroes is available at https://dhdfilms.com

The Dallas video and motion graphics studio has expanded the Healthcare Heroes campaign in association with Energy Transfer, a leading US diversified energy company. For every video submission, Energy Transfer has committed to donating $50 to the Parkland Foundation’s Public Health Preparedness Fund. The goal of the campaign is to raise $100,000 for Parkland Hospital.

As part of the campaign, DHD Films seeks to assemble the world’s largest collection of appreciation video clips under the #HealthcareHeroes banner. The “thank you” campaign for DFW healthcare workers has gathered video contributions from across the country.

Celebrities, police officers, teachers, seniors, parents, children, institutions, and organizations from across the United States have sent in videos expressing heartfelt gratitude for the tireless work of doctors, nurses, and other healthcare professionals on the front line of this crisis.

The Healthcare Heroes campaign is the brainchild of DHD Films Founder and Creative Director Shezad Manjee and inspired by a conversation with his wife Sofia, a healthcare worker.

Visit https://dhdfilms.com/healthcareheroes for more information about the Healthcare Heroes campaign. Visitors may immediately record and upload their clips to the website.

According to a spokesperson for the film production studio in Dallas, “We are thrilled to announce the expansion of our campaign to accept video clips by individuals, families, and businesses. We join with them in taking the opportunity to thank healthcare workers in DFW and across the country for their selfless service during the pandemic.”

For more information about the Healthcare Heroes gratitude campaign in Dallas, visit the URL above.