Could You Change The World? Nonprofit program empowers women across the globe 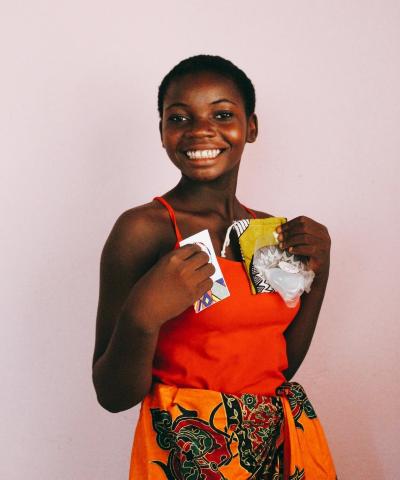 San Diego, CA-The CouldYou? Women and Girls’ Health Initiative promotes empowerment of women and girls through the distribution of the CouldYou? menstrual cup, menstrual health education, monitoring and evaluation. The data driven program is rooted in the United Nations’ Sustainable Development Goals 1, 3-6, 8, 12 and 17, and to date has helped change the lives of more than 19,500 girls and women.

The CouldYou? program which was developed and launched by grass roots strategist Christine Garde Denning, began in sub-Saharan Africa with a focus on Ghana and Mozambique to defeat a scourge of young women and school age girls around the world experiencing “Period Poverty” .

“Period Poverty” which occurs at the onset of puberty forces millions of young women globally into a well documented downward spiral where girls end up not receiving a secondary education and therefore are more likely to enter into child marriages, experience early pregnancy, malnourishment, suffer domestic violence and pregnancy complications.

The CouldYou? program was designed with guidance from Professor Penelope A. Phillips-Howard, the world’s leading researcher on menstrual health in rural Africa. It addresses longstanding socio-cultural restrictions, taboos and destigmatizes menstruation, giving dignity to girls and women. The program provides girls and women with a medical grade silicone menstrual cup, and is supported by a robust, data-driven monitoring and evaluation model that has seen acceptability rates as high as 91%. The CouldYou? Cup comes with a handmade cotton carrying bag sewn in Africa – all CouldYou? Cups distributed in the USA include carrying bags sewn by 10-17 year old young girls who are transitioning out of the sex trade in Uganda. These girls are paid by CouldYou? to aid them in their journey to freedom.

CouldYou? has established key partnerships in Africa, with the former president of Mozambique, Joaquim Chissano’s Foundation, as well as Ministries of Education, Culture, Gender and Health in several countries, and key friendships with the Arch Bishop Desmond Tutu Fellows, with a focus to shift the paradigm in addressing poverty.

The menstrual cup is also the most environmental menstrual product. In the USA alone, approximately 12 billion pads and 7 billion tampons are discarded each year. Tampons can take up to 500 years to break down in landfills. If over the course of a woman’s roughly 38 years of menstruation, she only had to throw away 4 small menstrual cups instead of 8,000 to 17,000 tampons, that’s a difference of almost 300 pounds of waste!

Ms. Garde Denning has devoted her life to caring for the poor and trying to make the world a better place. After receiving an International Business degree from Pace University in NYC, she began her career by approaching Housing and Urban Development (HUD), suggesting that she become a community police officer, living in public housing in order to address gang activity on their property. Christine then spent 10 years living/working for HUD at the San Diego/Tijuana border area. Her efforts resulted in significant decreases in gang tagging and violence on property, while investing in the lives of hundreds of teens and families.

Christine worked with Young Life and Steadfast Properties, envisioning and overseeing multiple learning centers across California that served thousands of low-income families. As a precursor to CouldYou?, Christine adapted and implemented an experience based program called NYC Urban Plunge, which gave college students an immersion experience of life in the South Bronx, encouraging students to look at broken systems and social justice, helping students envision how they could become agents for change. Christine was chosen as one of Forbes’ 40 over 40 Women in 2016 for reinventing, disrupting and making an impact globally.

For more information or to meet the menstrual health needs of a vulnerable girl for 10 years for $10 go to http://www.couldyoucup.org