Duchy Holidays, a local holiday lettings agency based in Perranporth in Cornwall, celebrates the major business milestone of 25 years of connecting holidaymakers with quality, local accommodation. 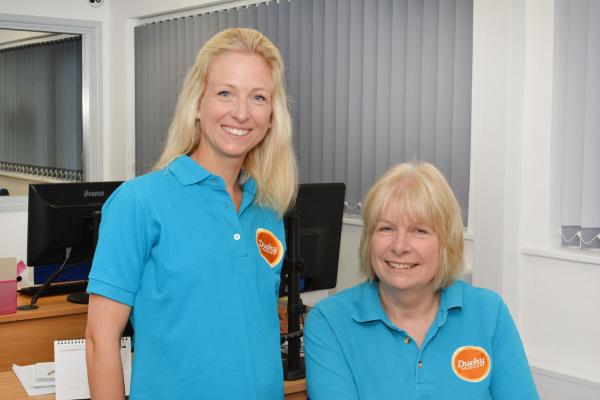 It’s a major milestone for the Perranporth-based business which started from a spare room in September 1994 with just two properties.

The company now manages over 130 holiday cottages, houses and apartments in Perranporth and surrounding villages, which all enjoy high occupancy levels throughout the year.

As a Perranporth holiday specialist, the company prides itself on its extensive local knowledge and professional service which has driven business growth over the years.

The company’s co-owner and director Michelle Robertson commented: “We’re delighted that Duchy Holidays has reached the ripe old age of 25. We’ve come a long way in that time and we’re really proud of the contribution we’ve made in the local holiday market.”

Duchy Holidays was established in 1994 by Michelle’s mother Denise Udry who continues to run the family business.

Talking about the early days, Mrs Udry said: “We started off very small by renting out two apartments adjoining our home as holiday lets. At the time it just helped to cover some bills.

“After some initial success, our friends and other local property owners asked us to manage their holiday homes for them too. We could never have foreseen then that, 25 years later, the company would become one of the biggest local holiday letting agencies.”

In this time, Duchy Holidays has grown from a one-person business to a team of seven and has moved premises several times, now occupying a large town-centre office alongside the Perranporth Tourist Information Centre.

The company’s mature age, however, does not mean it has stopped growing and innovating.

“With the recent office move and a new website on the horizon, it’s a really exciting time for us as a business,” said Duchy’s director Michelle Robertson.

“Cornwall continues to attract a growing number of holidaymakers and recent upmarket developments in Perranporth have added to its appeal as a first-class holiday destination.

“We’ve just had one of our best summers ever and have strong bookings for the winter and next year. We’re excited to see what the next 25 years bring!”

For more information about Duchy Holidays and its collection of holiday properties, visit the website at duchyholidays.co.uk