Divorce is usually both emotionally and financially complex. A good attorney can guide you through both these areas and engineer a fully successful resolution. 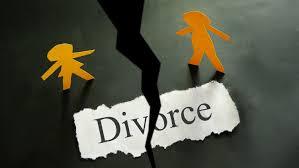 Largely because of both emotional and financial issues, celebrity couple Ben Affleck and Jennifer Garner are still in divorce court. But with the case in mediation, the end may be near.

Mr. Affleck recently put a multi-million dollar Georgia mansion on the market. According to insiders, he believes he needs the cash to fund a divorce settlement with his soon-to-be-ex wife. Furthermore, reports have emerged that a Saturday Night Live producer and her 5-year-old daughter have moved in with Mr. Affleck. These issues may have slowed the process considerably.

But the case is now in mediation. Statistically, about 70 percent of cases settle immediately after voluntary mediation.

“Many people think that a ‘no-fault’ divorce also means a ‘no-hassle’ divorce,” explained Sonoma County family law attorney Charles D. Stark. “But if the divorce involves property and children, that’s almost never the case. The financial and emotional issues take some time to sort out.”

The Affleck-Garner divorce features both kinds of issues, Mr. Stark explained. While there is no law on the subject, Mr. Stark usually advises his clients against dating before the divorce is completely final. Doing otherwise is basically irritating an open wound. Nothing may come of it, but typically, the additional emotional pain affects the financial aspects of a divorce.

These questions are not easy to resolve, even though California is a community property state. The court must divide separate from community property, and that classification is not always easy to do. Assume that Husband owned a rent house prior to the marriage. It was in bad shape and unrentable, so Wife spent her wedding gift to fix it up. The house has steadily produced income ever since.

Who owns the house? It’s titled in Husband’s name and was clearly his before the marriage. But the property was worthless until Wife’s investment. If that investment transmuted the house to community property , which arguably happened, Wife is entitled to half the house and half the rents.

At the very least, Wife would probably be entitled to reimbursement. She basically gets the money back which she invested in the house.

As the aforementioned statistic indicates, divorce mediation usually works. Indeed, most Sonoma County family law judges will not assign a trial date to a case that has not yet been through mediation. This process helps litigants control the cost and outcome of the proceeding. Mediation also often sets the stage for successful co-parenting, which is vital in a divorce with small children.