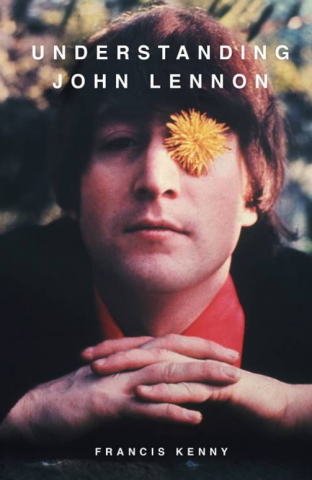 More information on the book can be found here: https://www.facebook.com/UnderstandingJohnLennon/

This is the third book Kenny has authored. The book was meticulously researched over many years, Understanding John Lennon takes us back to where it all began.

While other writers have only touched on the source of John’s genius, Francis Kenny reveals its roots lay in the post-war nature of Liverpool, the complex history of the Lennon family, and the hurt John himself suffered during his childhood. The resulting book reveals how Lennon’s early life experiences and his conflicted nature shaped his brilliance as a songwriter and musician – but, ultimately, led to the fall of The Beatles .

There’s particular excitement about this launch because Francis Kenny’s controversial appraisal of Lennon’s early life offers some disconcerting revelations about the man and his music, including: Lennon’s hidden feelings about working-class culture; the personal insecurities that fuelled the rifts within The Beatles; the relationship with Yoko Ono – plus, at last, the truth about the song “Strawberry Fields”.

Understanding John Lennon covers Lennon’s life from Liverpool to New York. Kenny writes with sympathetic understanding of the confusion, pain and corrosiveness that can accompany the demands and expectations of the creative process at the very highest level. With new material revealing the real source of inspiration of ‘Strawberry Fields’, Francis Kenny offers us a thought-provoking insight into a complex mind and a genius in the making.

Whilst most books regurgitate the same stories about John’s childhood and his time with The Beatles, this book presents an original insight into the founder of a band that was at the forefront of a social and cultural revolution.

Readers will likely find a particular interest in ….

Revelations about John’s traumatic early life with his aunt Mimi

How John’s poor self-esteem and periods of depression had their roots in the years spent with his aunt.

The sacking of Pete Best in favour of Ringo Starr

Why John considered Pete to be a threat – and how Brian Epstein’s feelings for Pete contributed to John’s insecurity.

John’s conflicted views on class, image and his own place in society

John’s aspirations to be a ‘real (middle-class) artist’

How the lyrics of Working-Class Hero were a plea for understanding as well as an attack on Paul and George.

The real meaning of the song lyrics for “Strawberry Fields” The book explains how and why, contrary to popular belief, the song was not about an orphanage for girls. (The song’s title was a piece of purposeful misdirection by John Lennon in order to mask his own deep-rooted unhappy memories).

The book examines how Paul’s emerging role as leader of The Beatles coupled with John’s fear of humiliation and the blossoming of John’s love for Yoko Ono all combined to give John the courage he needed to finally break up the band.

Understanding John Lennon is being released by Shepheard-Walwyn Publishers.

Francis Kenny spent 20 years in the construction industry in Liverpool, was a trade union activist and special educational needs teacher, prior to obtaining a degree at Liverpool University and a masters in screenwriting. Francis Kenny has spent much of his life carrying out extensive research into The Beatles. Kenny is the only author currently writing about The Beatles who was himself born in Liverpool and has lived there all his life – at the heart of the culture that gave rise to The Beatles. As well as screen and TV writing, Francis Kenny published his first book, Waiting for The Beatles in 2006 followed by The Making of John Lennon in 2014. This all helped shaped the creation of the book

Whilst most books regurgitate the same stories about John’s childhood and his time with The Beatles, the author wanted to give an original insight into the founder of a band that was at the forefront of a social and cultural revolution. It is the only work to reveal the true sources of the John Lennon genius which continues to leave an enduring imprint on our everyday life and imagination. “

The book has taken many years of research and nearly didn’t get finished in time for the target release date which had been chosen to mark the 40th anniversary of John Lennon’s death – and his birthday in the year he would have turn 80 years old..

In a recent interview, the author made a point of thanking Bill Harry – founder of Mersey Beat Magazine who wrote the foreward for the book.

Those interested in learning more about the book can visit here: https://www.facebook.com/UnderstandingJohnLennon/