DK Environmental has launched Aquamog services for all lake owners and managers in Concord, California. The service provides for the safe removal of aquatic weeds. 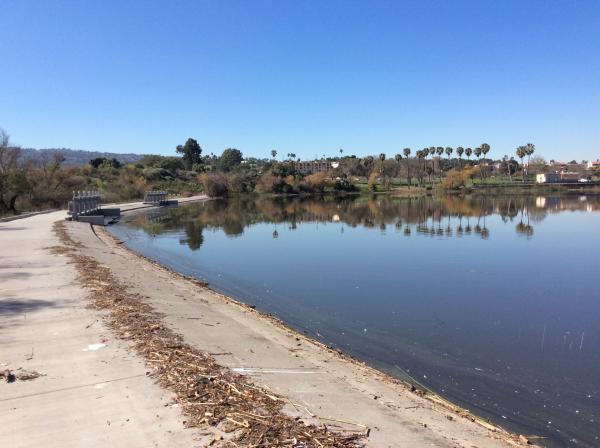 Aquamog Services have been launched for lakes and pond owners in Concord, California. The Aquamog is a machine designed to perform several environmentally friendly aquatic maintenance tasks.

The launch of Aquamog services by DK Environmental in Concord and all of Northern California helps lake and pond owners and managers control the growth of their invasive aquatic weeds. The Aquamog was designed and created in early 1980 by a company in Martinez, California called Aquatics Unlimited. The company had the idea to create a multi-purpose aquatic vessel that could perform some aquatic maintenance tasks.

The name came from a Mercedes Benz vehicle called a Unimog. The Unimog is a multipurpose land vehicle that can go anywhere in almost any condition. The Aquamog was created to be able to float on water and control aquatic weeds in any lake, canal, or pond.

Aquamogs were originally engineered using an existing barge from an H10-800 aquatic weed harvester. A removable skid was created that could be bolted to the barge of the H10-800. The top of the H10-800 was removed and the new skid attached.

The skid has a backhoe type arm on the front and an operator’s cab in the center and the engine with hydraulic components on the back. On the back of the skid, two spuds serving as outriggers. Movement was caused by paddle wheels used for the H10-800.

The use of the environmentally friendly Aquamog by DK Environmental helps lake and pond owners restore proper oxygen levels, remove sick and dying plant around the perimeter of the water body, and create a healthy environment for the migrating birds that are common in Concord. This is all accomplished without the use of toxic and expensive chemicals.

In addition, using the Aquamog to control aquatic weeds gives Concord and Northern Californian wildlife a better chance of survival. Wildlife includes not only birdlife but also fox, beaver, rabbits, turtles and others.

Lake and pond owners and mangers in Concord are encouraged to contract DK Environmental for all their aquatic weed issues. The Aquamog will first of all scoop up the decaying muck on the bottom of waterways without hurting the birds and animals. It can work on a section at a time and is so sensitive to the environment that it runs on hydrogenated vegetable oil.

The launch of Aquamog services by DK Environmental provides a safe effective aquatic removal for all owners of lakes and ponds in Concord.