What we’ve accomplished here in Portland is nothing short of amazing. 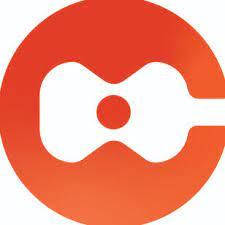 After 15 long years on the road touring with national acts such as Tool, Filter and Rage Against The Machine as lead singer for the Oregon based hard rock band DFiVE9, Nic Yannariello was looking for a way to get off the road, and so in 2003 he built and established the now iconic Hawthorne Theatre, a 600-person concert hall in Portland for national tours and regional acts. Seeing a need for his fellow musicians, Nick then founded Puddletown Studios in 2011. Puddletown has since gone on to become a cornerstone of the northwest community and an institution for thousands of musicians, bands, producers, engineers and artists, but to get beyond his local market Nic knew he couldn’t do it alone.

“What we’ve accomplished here in Portland is nothing short of amazing. In the last 10 years we’ve touched more than 8,000 musicians based right here in the city, but to bring our model further we needed help and we jumped at the chance to join Community Musician” says Yannariello. Scott Arey, CEO of Community Musician, who has also been a singer songwriter, understands the struggles of the average musician in the merciless industry. As a young musician, Arey signed with Warner Music and began touring as a warm-up act for the Indigo Girls, but he quickly discovered he couldn’t make enough money to pay his bills.

”Making the choice to be an artist, to dedicate yourself to yourcraft full time, has always been difficult and required tremendous sacrifice, but today it’s almost impossible. Were going to change that” Arey declares.

It starts with creating a national brand for music rehearsal space, a little known or thought of business, that exists primarily in the light industrial sections of more than 50 metro regions throughout the U.S. with a combined annual recurring revenue base estimated to be more than $100M. “You might not be a budding superstar, but if you’re a serious musician, you have to have a space that’s not in your garage or your home where you can meet face to face with other musicians, most often your band, to practice and create music” says Yannariello. Arey chimes in: “The objective of Community Musician is to serve this community, the hundreds of thousands of musicians using music rehearsal space right now, all over this country, putting it all on the line every day.”

Arey goes on to describe how his organization, Community Musician, is going to make a difference, providing technology via their App, which Arey put several millions of dollars of his own money into developing, as well as their Collectible Music Card, which provides musicians a digital alternative to pressing their own vinyl records, but still gives them control over the bulk of the revenue from their recorded art. As Arey sees it: “We’re not interested in music rehearsal space to just roll it up and flip it, this is an opportunity to reach existing communities of musicians and give them the tools to work with others, create music, develop a fan base and get their music into the hand of their fans, in way that gives then enough income to be able to continue their art, hopefully full time. We’re going to put resources in their hands that will enable them to make a career in music happen.”

This ambitious and comprehensive plan is nothing new to Arey. Prior to this initiative Arey took a company valued at $66 million when he joined to a $1.3 billion exit in less than three years. He won’t be alone leading the company as he is partnering with Community Musician President Derek Toone who has also driven hundreds of millions of dollars in shareholder value — most recently at Automation Anywhere, which in 2018 had the highest Series A valuation at $1.8 billion in Silicon Valley history.

Arey points out “We have an amazing team put together that includes Alisa deRosa, former General Counsel and COO for Beyoncé, a top flight CTO driving the app development from our wholly owned subsidiary in India, and more, really the best of the music business and the best of Silicon Valley, all working together.”

Can they pull this off? Only time will tell, but part of Arey’s pitch is the proven long term stability of the music rehearsal business, he notes “Puddletown has never fallen below an average occupancy rate of greater than 95% over a 10 year span, all while adding about 1 new building per year, even during the pandemic, I can’t name another business with a consistent record of success like that. Community Musician is a potential tech based unicorn, but one that is completely de-risked by the strength of the music rehearsal business.”