Doviast, the online tech and accessories store, has expanded its range with a new handheld game controller for mobile devices. It attaches to smartphones and includes clip-on joysticks for more precise control. 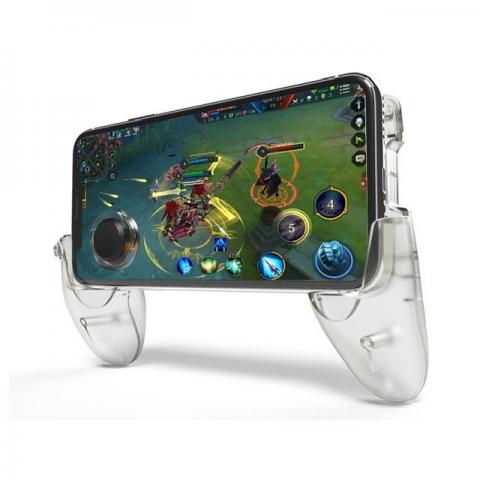 The new integrated handheld mobile game controller is designed to replicate the look and feel of traditional console controllers. Rather than having to hold their phone in an awkward grip, customers can play with added comfort.

More information can be found at: https://doviast.com

The new store expansion is part of Doviast’s commitment to sourcing quality products across trending markets. Mobile games are worth over $180 billion, with over three billion new gamers playing in 2021.

Doviast’s attachable game controller has clip-on triggers and mechanical buttons for added precision and comfort. Industry research shows that 62% of all smartphone owners install a game on their device within a week of their purchase. However, on-screen controls can be difficult to manage for extended periods of time.

A key feature of the new controller is its adjustability. It can be placed as a stand for watching movies, but also provides multi-angle support. Built-in magnetic hold provides an added layer of security, whether customers are playing games or using their phones for entertainment.

The controller can attach to any phone, but the device cannot exceed 6.5 inches in length. Its ergonomic design makes it easier for players to enjoy extended gaming sessions without cramps or pain.

Doviast explains that the controller is fully compatible with many of the most popular titles available on mobile marketplaces today. These include CrossFire, Terminator 2: Judgement Day, and Critical Ops.

In addition to the gaming controller, Doviast provides cost-effective purchasing options for screen amplifiers, chargers, anti-blue light glasses, and cordless vacuums. The team seeks to provide a fully integrated shopping experience with quality products all in one destination.

A spokesperson for the company states: “Tired of not being able to fire or reload as quickly? Let’s get two more fingers in on your mobile battle game. Two clip-on triggers on our Integrated Handheld Mobile Game Controller allow you to simply tap down to perform functions such as tap-reload or weapon-switching. With our controller, you can now simultaneously shoot from both sides or switch shooting angles for a smoother gaming experience.”