GoSun has introduced several solar-powered products for citizens looking for a dependable renewable energy source. The products include solar ovens powered by direct solar thermal energy. In addition, the fusion versions have electric-solar backups for spells of power outages or lack of sunlight. 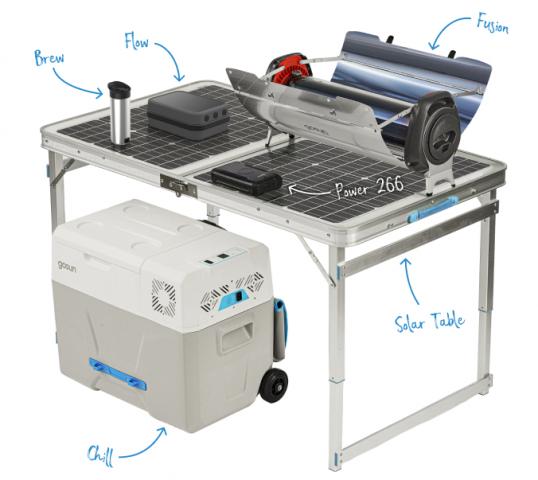 The Cincinnati-based solar company has won the 2017 Small Business of the Year Award and the 2019 Climate Change Innovation Award. GoSun continues its tireless efforts to combat climate change issues and introduce independent, renewable energy resources to citizens to remove their dependency upon the unreliable power-grid system.

Escalating instances of power outages continue to plague the US power-grid system. According to reports, the US experienced fewer than 24 power outages in 2000, whereas in 2020, the number was more than 180. In most cases, the authorities are often underprepared and ill-equipped. For example, the 2021 Texas power outage left authorities baffled and citizens stranded without power.

There are numerous reasons why the US power-grid system is unreliable. The most significant one is the grid’s sheer age, as some parts were constructed in the pre-World War II era. As a result, the decades-old power lines experience technical failures as they near the end of their useful life. Furthermore, these issues are worsened by rapidly changing weather conditions and frequent storms.

Frequent power outages have led citizens to search for alternative energy sources and, more significantly, stand-alone solar equipment. Current solar systems are tied to the grid and do not have backup battery options to help power appliances at night or during periods of little to no sunlight. Although stand-alone solar systems are slightly more expensive than the power-grid option, they give users freedom from unprecedented and vast power failures.

Furthermore, a viable solution is still required for areas with no connection to power grids. Introducing a stand-alone solar power system is much less expensive in such areas compared to extending power lines that can cost between $15,000 – 50,000 per mile. In addition, the Photovoltaic system in stand-alone solar equipment can store energy to be utilized during no sunlight. It is, therefore, a practical, economical and clean solution to electricity problems.

GoSun has introduced several solar-powered products for citizens looking for a dependable renewable energy source. The products include solar ovens powered by direct solar thermal energy. In addition, the fusion versions have electric-solar backups for spells of power outages or lack of sunlight.

Another great product by the company is its coolers. These rely on a solar-powered 12 volts battery supply to keep food and beverages chilled, even when there is no power.

For citizens worried about being unable to charge their devices without a power outlet, GoSun has launched its full line of solar generators. These products are lightweight and portable and can be used anywhere to charge electronic devices.

GoSun has also introduced a reliable water-purification system powered by solar energy and batteries that doubles as a hot shower and sink.

To be a part of in GoSun’s growth, visit ​​https://www.startengine.com/gosun, or you can go to to www.gosun.co to purchase GoSun products