Richard Rossi has launched his newest novel, Canaan Land, which has caused controversy with its expose of fraudulent faith-healing techniques used by televangelists. 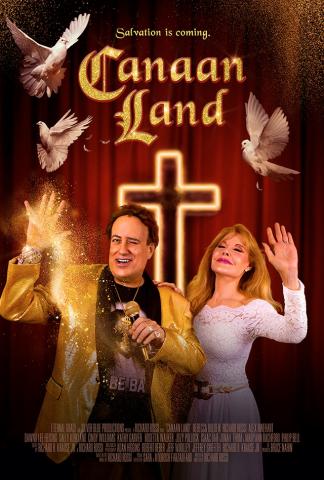 Author and filmmaker Richard Rossi has announced the launch of his controversial new novel, Canaan Land, on Amazon.

More information is available at https://www.canaanlandmovie.com

The newly released novel, which has also been adapted into a motion picture, is a love story set in the world of fraudulent televangelists who take advantage of people during times of crisis.

The novel is a tale of redemption and discovery which follows the life of con man preacher Billy Gantry as he falls in love with sincere Christian evangelist, Sara Sunday.

The novel’s author, Richard Rossi, is an American filmmaker, actor, writer, radio host, and minister. His previous books include Stick Man and Sister Aimee, which was also adapted into a film in 2006.

Richard Rossi wrote the novel as an unapologetic look at modern religion and televangelism. It pulls back the curtain on the tricks used by some televangelists in the religion business to deceive followers and claim donations for being miracle workers.

The inspiration for the novel came from the author’s personal spiritual journey and the lessons he learned from his experiences as a former faith healing evangelist.

The film adaptation of the controversial novel was directed by and stars the author, Richard Rossi, and is due for release in late 2020. The adaptation has a celebrity cast including Knight Rider co-star Rebecca Holden, who is an executive producer of the film and stars as Sara Sunday. The film also includes cameos by TV and film stars such as Lynda Carter (Wonder Woman) and Cindy Williams (Laverne and Shirley).

A review of the novel said: “It offers an insightful view into the world of contemporary Christian ministry.”

The author said: “Canaan Land is my coming out as a former fundamentalist who can no longer subscribe to their beliefs in a hateful, angry monster god and their self-righteous practices. My story is my repentance, and the character I play repents.”

Rossi explained that Canaan Land is not an attack on religion. “It is my intention in exposing the counterfeit to show the search for that which is pure, lovely, true. Defensive believers may say we shouldn’t expose the counterfeit, but a counterfeit testifies that there is a truth that sets us free.”