Of all the decisions a lawyer must make, choosing the right courthouse may be the most important one. Once the case begins, insurance company lawyers use every known legal loophole to reduce or deny compensation to the victim. 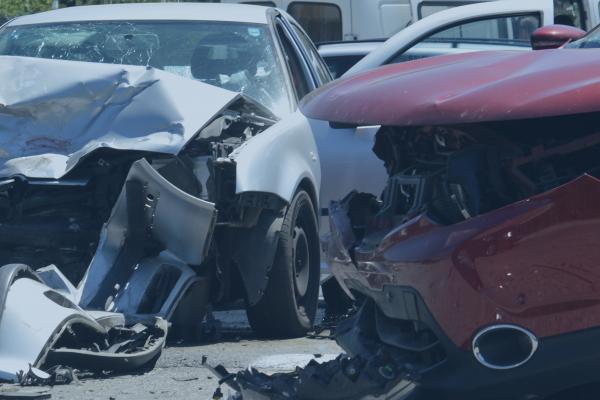 Steven Lackey was heading south on Parsons when Tiffany Clagg crossed the center line in her Kia, slamming head-on into Mr. Lackey’s vehicle. He was killed almost instantly.

First responders transported Ms. Clagg to a nearby hospital with serious injuries.

“Due to the serious nature of car crash injuries, lawyers must make a number of important choices in these cases,” observed Arkansas personal injury attorney Don Elliott, Jr. “Sometimes, the decisions we make before the case starts are just as important, or even more important, than the ones we make later.”

Identifying the parties is one such decision. Many cases involve third-party liability. For example, a bar might over-serve a patron who then causes a car crash. In that case, the bar may be liable for damages. Other times, as illustrated below, it’s difficult to distinguish the victims from the tortfeasors (negligent drivers).

The location of the claim is another important issue. Sometimes, there is no question as to venue. Generally, a plaintiff may bring suit in the county:

Where s/he resides, or

Where the accident occurred.

Note the multiple jurisdictions in the above story. The wreck occurred in Washington County, one party lived in Benton County, and another one lived in Mississippi. So, there are some choices to make.

It’s normally very convenient for the plaintiff to file in the county of residence. That’s especially important if, as is normally the case, the victim was seriously injured and has trouble moving around.

On the other hand, all the physical evidence, and all the witnesses, are located in the county where the wreck occurred. So, it may be possible to make a stronger claim for damages in that county.

Other factors may come into play as well. Some counties have more victim-friendly jurors than other counties. For example, if there is a choice available, it’s usually a bad idea to file a slip-and-file claim against Walmart in Benton County. Chances are, at least some people on the jury will either work for Walmart or know someone who does work for this retailer.

Taking all these things into consideration, an attorney must make the right venue choice. The wrong choice could have significant consequences.

Significantly, the victim must have the last clear chance as opposed to any possible chance. Typically, there is no realistic way to avoid a head-on crash.