Summary: Despite the presence of anti-discrimination laws, many workers simply do not know their rights. These rights include a fair wage, a harassment and discrimination-free workplace, and reasonable working conditions. 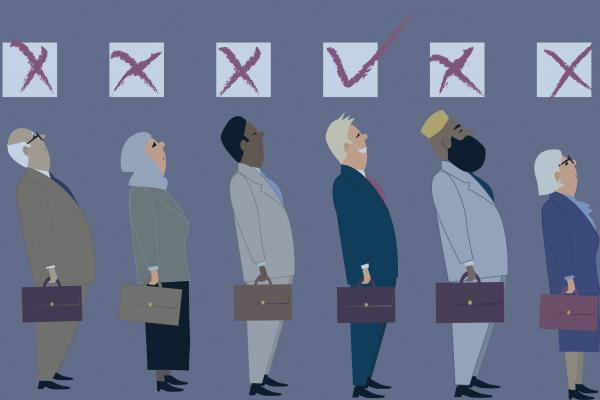 Chinatown’s Xing Ying Employment Agency promised workers good wages and pleasant employment conditions. But instead, according to court documents, the company “essentially acted as central a supply house for a buffet restaurant industry seeking to profit from illegal and exploitative wages and conditions of employment.”

Again according to court documents, the Agency ran advertisements in Chinese-language newspapers targeting immigrant workers. Once these individuals enrolled with the company, the promised lavish wages never appeared. Neither did the promised housing. Many Xing Ying workers lived under an 18th Street bridge. According to a media investigation, Xing Ying was part of a much wider ring of similar exploitative employment services.

These issues are widespread, as “our Civil Rights bureau and workplace rights bureau are always taking complaints,” remarked an Illinois Attorney General spokesperson.

Like most other jurisdictions, Illinois is an at-will employment state. For the most part, employers may hire and fire employees at any time for good reason, bad reason, or no reason at all. However, even in this environment, workers have legal rights.

“Workers cannot be fired for an illegal reason, and they must be treated fairly at work,” said Chicago employment law attorney Jonathan Goldman. Fair treatment means minimum wage, no unauthorized paycheck deductions, and no illegal conduct. The types of illegal discrimination include:

Damages in most employment law cases include both monetary and injunctive relief.

Injunctive relief is available as well. Sometimes, that could mean reinstatement. Other injunctive relief includes anti-discrimination programs on the job, so other employees are not victimized in the same way.