ChatterFox’s AI technology for supervised training has filed for a patent.

We are proud to announce that the utility patents for ChatterFox’s AI Supervised Training Technology have been filed and are pending approval from the United States Patent And Trademark Office. 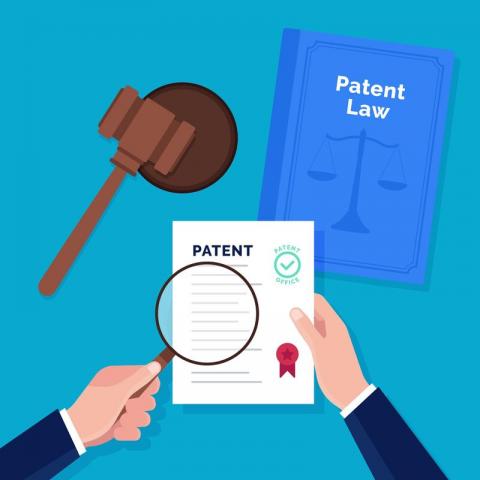 When it comes to modernizing the English speaking coaching industry, ChatterFox has established itself as an industry leader for innovation and technology. We are proud to announce that the utility patents for ChatterFox’s AI Supervised Training Technology have been filed and are pending approval from the United States Patent And Trademark Office.

ChatterFox utilizes a unique patent-pending technology for improving its voice recognition algorithm. Initially, this algorithm receives a student’s recording pronouncing a certain word as input. With a smart speech recognition system, this algorithm breaks down users’ pronunciation and then compares it with an ever-growing database of recordings received from other users as well as lots of expert pronunciation coaches. In a matter of only a few milliseconds, it comes up with detailed feedback, breaking down the given word into letters, and evaluates users’ pronunciation letter by letter.

As discussed earlier, ChatterFox’s supervised AI training has access to a vast database of American English Pronunciation and Fluency scores and evaluations provided by human coaches. The algorithm is designed in a way to improve its performance, optimizing the feedback system with every single data point being added to its database. Whenever a new recording is added to the database, the algorithm treats it as a new reference point for verifying the data.

Based on the Machine Learning nature of ChatterFox’s algorithm, it is evident that with its exponentially growing data points, received as students’ voice recordings and human experts’ feedback on them, ChatterFox AI supervised training technology will perform better and more accurately with each passing second. Recently ChatterFox’s database of voice recording has surpassed the 100,000th data point, meaning that it has already processed more than enough voice recording to give reliable pronunciation feedback.

It is not unrealistic to say that ChatterFox’s vision for replacing human coaches with AI, is not sounding as ambitious as it sounded when the startup was founded in Washington D.C.