The negligent driver may not be the only person responsible for damages. Kansas has some of the broadest third-party liability laws in the country. Regardless of who is responsible, the victim’s injuries must be a foreseeable consequence of the negligent driver’s action or inaction. 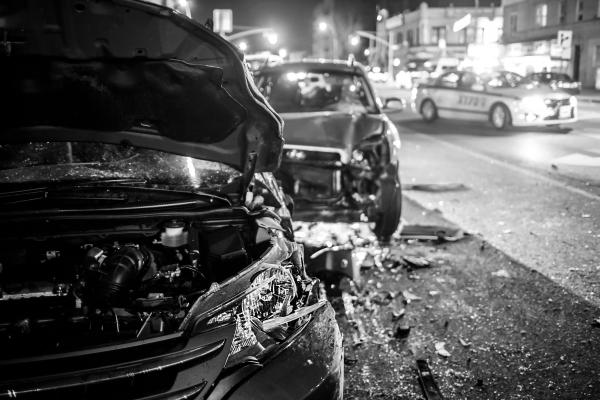 A fatal crash was triggered by a 17-year-old boy who was driving a pickup truck on U.S. 166. He crossed from the westbound side to the eastbound side, striking a Toyota Camry head-on. Then, an eastbound Chevrolet Malibu slammed into the partially wrecked pickup truck. A fourth vehicle was also unable to avoid crashing into the debris.

The 79-year-old Toyota driver died at the scene. Three others were transported to area hospitals; one was airlifted to a regional trauma center in Tulsa.

Tortfeasors (negligent drivers) are usually liable for the damages they cause. But if they are not driving their own vehicles, their auto insurance companies often deny coverage. Fortunately, there are some solutions available.

Children under 18 cannot own vehicles or other property. So, when they cause car crashes, the negligent entrustment doctrine is almost always in play. This rule applies in other cases as well, such as a roommate borrowing another roommate’s car.

Negligent entrustment applies if the owner knowingly allows an incompetent driver to use his/her motor vehicle. Evidence of incompetency includes:

● No Drivers’ License: People without licenses are usually incompetent as a matter of law, no matter how much driving experiences they have. The same thing goes for drivers with safety suspended licenses. If the license is invalid for another reason, such as an expired license, additional evidence may be required.

● Violating a Condition: Many people have restrictions on their licenses that prohibit things like nighttime driving, freeway driving, or driving without corrective lenses.

● Poor Driving Record: The record can be formal or informal. Formal driving records include at-fault accidents and other events. Informal evidence might by driving inexperience. For example, many teen drivers do just fine on dry pavement during daylight hours, but if conditions are worse, things get touchy.

Commercial negligent entrustment cases work differently because of the federal Graves Amendment. In these cases, victims must normally offer additional evidence of negligence or other wrongdoing.

“We normally don’t talk about fancy legal terms like ‘vicarious liability’ and ‘foreseeability,’” remarked Wichita personal injury attorney Larry Wall. “But in crashes like this one, they make a big difference in terms of the outcome.”

In chain reaction crashes, foreseeability is often an issue. This rule dates back to 1928’s Palsgraf v. Long Island Railroad. After two railroad workers negligently bumped into a passenger, the man dropped some fireworks. The subsequent explosion triggered a shock wave. When the wave hit a large scale, it toppled over onto poor Ms. Palsgraf, who never saw it coming.

A court later ruled that the railroad was not responsible for her injuries. The connection between the negligent jostling and the victim’s injury was too remote.

In the same way, basically any roadway collision is foreseeable, even if it is indirect. However, if a surgeon makes a medical mistake on the victim, that event is not foreseeable to the original tortfeasor.