CCHR documents failure of $795 billion per-year mental health industry that has delivered patient damage, especially child and adolescent abuse with electroshock, drugs and psychiatric-psychologist sexual assault, and $32B in fraud 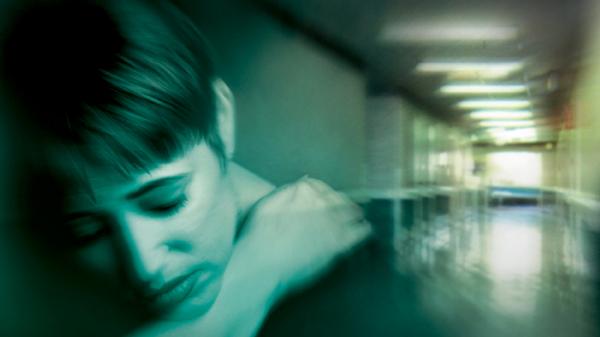 This year’s World Mental Health Day on October 10 was aimed at “increased investment in mental health,”[1] but failed to inform of the abuses prevalent in an already $795 billion per year industry, the mental health watchdog, Citizens Commission on Human Rights International warned.[2] The commemorative day was started by a group long-funded by pharmaceutical companies with an interest in increasing drug profits. The billions invested ignores the potential $32 billion in fraud committed and hundreds of thousands of patients, including children, abused and defrauded in the system each year.

CCHR, which has been investigating psychiatric abuses for more than 50 years, wants governments better informed of the risks and conflicts of interest behind mental health investment. It wants better oversight over and accountability.

In the U.S., which accounts for $318.8 billion or 40% of the world mental health market, grave allegations of abuse against patients, especially children and adolescents, include: rape, sexual assault of children as young as five, sodomy and aggravated battery, blunt force injuries, preventable suicides, and restraint deaths.

The for-profit behavioral industry has also paid out hundreds of millions of dollars in settlements with governments due to billing fraud. Using National Health Care Anti-Fraud estimates of 3-10% of healthcare dollars are defrauded, between $9.6 billion and $32 billion in the U.S. and up to $79.5 billion worldwide may be defrauded in the psychiatric system.[3]

In 2017, Dainius Pūras, the UN Special Rapporteur on the right to health, warned against the power and decision-making in mental health being in the hands of those representing biological psychiatry and called for a sea of change in mental health care.[5]

Yet 1.4 million individuals are still electroshocked and brain traumatized each year, of which 100,000 are Americans, some aged five or younger. An estimated 1.5% are children, or 1,500 in the U.S. and potentially 21,000 worldwide. In 2019, Dr. Bennett Omalu, who sits on the California Traumatic Brain Injury Advisory Board, confirmed that with electroshock, there are “extensive functional changes to brain activity and should be considered in the context of both electrical injury and repetitive electrical trauma to the head….”[6]

In 2001, the estimated annual costs for treating “troubled youth” was $12 billion.[7] Today, the average cost of private “therapeutic” behavioral “schools” can cost upwards of $10,000 per month.[8] Governments and insurance reimburse $6,316 per month. Between 50,000 and 100,000 adolescents currently spend at least part of the year in these facilities, although some have spent an average of 14 months.[9]

The Centers for Disease Control and Prevention said an estimated $247 billion is spent each year on treatment and management of childhood mental disorders.[10] Psychotropic drugs are widely prescribed as part of this.

IQVia for Total Patient Tracker Database for Year 2019, determined that 6.7 million U.S. children are taking prescribed psychotropic drugs, some so dangerous they carry “black box” warnings of suicide or are more potent than cocaine.[11]

Researchers have found that in young people “data strongly suggest that antidepressants can cause suicides and aggressive behavior.”[12] Colorado researchers also found that prescribed access to anti-anxiety and antipsychotic drugs may make it easier for patients to attempt suicide.[13]

Governments should consider the high suicide rate of psychiatrists in whom patients’ care is entrusted and the 6 to 10% of psychiatrists and psychologists that sexually abuse their patients, including children as young as three, according to studies.[16]

A study published in the BJPsych Bulletin discussed how “no other health specialty attracts” such a “hugely negative portrayal” as psychiatrists, reported as being out to harm, manipulate or defraud its patients.[17] All of which, CCHR says, means governments should review and demand greater accountability for the hundreds of billions of dollars already invested in it.

[9] “Why it’s unclear whether private programs for ‘troubled teens’ are working,” The Conversation, 27 Jan. 2020, theconversation.com/why-its-unclear-whether-private-programs-for-troubled-teens-are-working-128612

[16] Psychiatrists have the highest suicide rate of any profession. It’s time to do something about it,” Medium.com, 14 Oct. 2019, medium.com/invisible-illness/psychiatrists-have-the-highest-suicide-rate-of-any-profession-its-time-to-do-something-about-it-7d63e2f2fe21; Nanette Gartrell, et al., “Reporting Practices of Psychiatrists Who Knew of Sexual Misconduct by Colleagues,” Amer. J Orthopsychiat., 57(2), April 1987