CCHR Warns that 6.7 Million Children on Psychotropic Drugs Could Escalate

A mental health watchdog's FightForKids campaign warns that child behavioral screening during home and school restrictions could lead to recommendations for psychotropic drug treatment. The drugs can carry serious risks to be aware of. 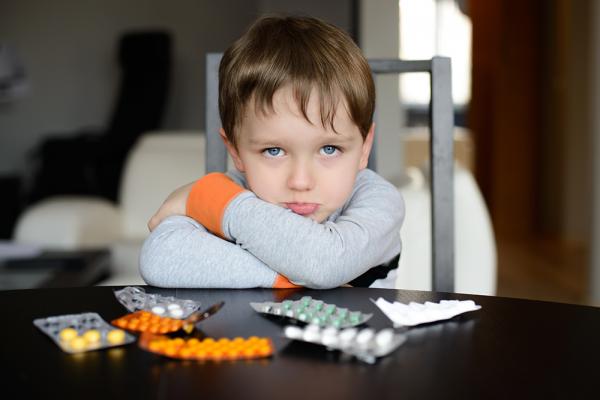 The Citizens Commission on Human Rights International (CCHR) warns that surveys of parents about their children’s mental health may pathologize a normal response to an abnormal situation, referring to current stay-at-home and school restrictions. One survey said that children’s mental state had worsened by 14% since March. CCHR’s Fight for Kids (FFK) website provides information on psychotropic drug risks, which can be recommended in response to behavioral screening. Screening has been criticized because subjective questions can lead to false positives, where children are erroneously diagnosed as mentally disordered and prescribed psychotropic drugs. IQVia reports that 6.7 million American children are already taking these drugs—of which over half are aged 0-12 years. This could dramatically increase because of screening, CCHR says.[1]

Mental health screening and surveys have notoriously been criticized for lack of science and validity. The late Karen Effrem, M.D., a renowned pediatrician and researcher, found that increased screening results in “the increased psychiatric drugging of children and adolescents,” with significant evidence of “harmful, if not fatal side effects, including suicide, violence, psychosis, hallucinations, diabetes, and movement disorders.”[2]

Associate Editor of The BMJ, Jeanne Lenzer, critically called into question the research methodologies and data underlying a U.S. task force recommendation to routinely screen for depression in certain age groups.[3] Researchers published in the Canadian Journal of Psychiatry that there is insufficient evidence to show that any questionnaires can accurately screen 6- to 18-year-olds for the depression. Using existing screening tools, “many non-depressed children and adolescents would be mistakenly identified as depressed,” said Brett Thombs, who is affiliated with McGill University’s Faculty of Medicine. “This could lead to the unnecessary prescription of potentially harmful psychiatric medications and negative messages about the mental health of some children.”[4]

The criticism of psychiatry’s subjective screening is escalating now with the use of artificial intelligence (AI) using behavioral symptoms that cannot be verified by any biological test to develop algorithms to “identify” potential “mental disorders.” A study published in Psychiatric Services in 2017 pointed out that “the diagnostic schema that forms the basis for [psychiatric/behavioral] labels are highly imprecise.”[7]

TIME reported AI may be the way to “save psychiatry.” But not its patients, CCHR says. Rather, it has the potential to harm them.

AI identifies and diagnoses from speech patterns of young children and can monitor everything from their googling, texting, Face Book use and twitter. One system asserts it can detect cyber-bullying, self-harm and grief sentiments in students’ emails and in Google/OneDrive. Its analysis algorithm claims it can “infer the sentiment behind the messaging.”[8] AI notifications may be monitored 24/7 by Student Safety Analysts (specialists with backgrounds in psychology, counseling, etc.), raising serious questions about privacy.

There is no standardized process for evaluating the validity of such research.

Psychotropic drugs are already among the most widely prescribed drugs in the U.S., without adding AI to capture more patients.[9] The drugs are often prescribed “off-label,” meaning the FDA has not approved them for use in children based on the demonstration of safety and efficacy in adequate, well-controlled clinical trials.[10]

Danielle Stutzman, PharmD, BCPP, a psychiatric pharmacist at Children’s Hospital Colorado in Aurora, said that off-label prescribing increases children’s risk for polypharmacy.[11] Polypharmacy and prescribing off-label have been widely reported in child and adolescent psychiatry and in the larger field of pediatrics, with some estimates as high as 80% for off-label prescribing and estimates of polypharmacy being 52.4%, according to a study published in the Journal of Psychiatric Practice. The study says it’s “risky due to developmental influences on the absorption, distribution, metabolism, excretion, or toxicity of medications and the risk for side effects in children.”[12] CCHR argues that such drugs should not be prescribed to children at all, given their risks.

In 2019, the NEJM published a review of an analysis of Medicaid data, which found higher antipsychotic doses are associated with elevated risk for unexpected death in youth compared with non-antipsychotics—a 3.5 greater risk for unexpected deaths not due to overdose and 4.29 greater risk for cardiovascular or metabolic death. “Today, concerns about safety have grown with increased prescriptions of antipsychotic drugs in youth, particularly for off-label use,” the review reported.[13]

Suicide is also linked to the drugs. “Since the introduction of the antipsychotics,” David Healy, a professor of psychopharmacology, stated, “the rates of suicide have risen 10- or 20-fold.”[14]

An analysis of those aged 10-18 found that antipsychotic use was associated with a 50% increase in the risk of developing type 2 diabetes. This was higher for youth who used antidepressants and antipsychotics concurrently.[15]