CCHR Warns: Baker Acting the Elderly Can be Fatal Due to ‘Transfer Trauma’

According to studies, the mortality rate for elderly that are transferred is 2-4 times higher than those that are not subjected to this type of stress. 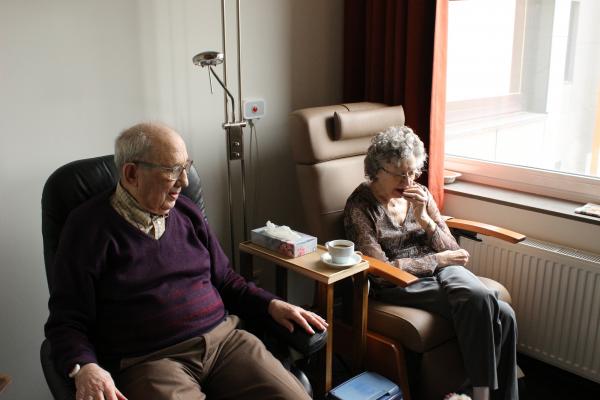 Transfer trauma, also known as relocation stress syndrome, has been studied since the 1960s and according to controlled studies the mortality rate for elderly that are transferred is 2-4 times higher than those that are not subjected to this type of stress. [1] All too often this known adverse effect is not taken into consideration when senior citizens are taken into custody for an involuntary psychiatric examination.

The mental health law in Florida, commonly referred to as the Baker Act, allows for the involuntary examination of all individuals and this includes the elderly. Under the Baker Act, a senior citizen can be sent against their will, and without consulting the family or guardian, for an examination and the receiving facility is then legally allowed to hold the senior for up to 72 hours. According to the Annual Report on the Baker Act, released in 2019, there were 205,781 involuntary examinations in 2018 — more than doubling over the past 17 years — with over 7 percent of the initiations on persons 65 years of age or older. [2]

These alarming statistics are indicative of abuse according to the Citizens Commission on Human Rights (CCHR), a mental health industry watchdog that works to ensure patient and consumer protections are enacted and upheld.

“Our organization has received hundreds of calls involving the Baker Acting of an elderly person and in the vast majority of cases the senior did not meet the criteria for involuntary examination but instead was suffering from an untreated medical condition,” said Diane Stein, President of the Florida chapter of CCHR.

Over 15,000 of Florida’s elderly were sent for involuntary psychiatric examinations in 2018, forcing the stress of physical transport to Baker Act facilities on these seniors. It is well documented that transferring an elderly person puts them at risk for depression, anxiety, and similar behavior disturbances, which may then result in the senior being treated with unnecessary psychotropic drugs which come with many side effects. [3]

Furthermore, senior citizens who find themselves admitted for psychiatric evaluation are sometimes later informed that the criteria for Baker Acting was never met, that there was no evidence of mental illness, and instead it was found by clinical staff the senior simply needed rest, proper nutrition, or an adjustment to baseline medication. [4] [5]

Additionally, the concurrent use of multiple medications, known as polypharmacy, has doubled in the past decade among retirement-age Americans despite warnings from geriatric medical organizations. In fact, the number of office visits resulting in multiple pharmaceutical prescription has risen from 1.5 million in 2004 to 3.68 million in 2013 — more than a 50% increase — with rural areas showing the highest surge. Those diagnosed with dementia are even more susceptible to polypharmacy and specifically psychotropic drugging. According to the Office of the Inspector General, 304,983 elderly nursing home residents in the U.S. were given dangerous and often deadly antipsychotic drugs, 88% of which were prescribed off-label for dementia. [6] [7]

“Many retirement-age Americans are taking multiple psychiatric drugs and are unaware of the dangerous side effects or the fact that the drug is being used off-label,” said Stein.

For more information on the protection of elder rights under the mental health law, please call 727-442-8820 or visit www.cchrflorida.org.

About CCHR: Initially established by the Church of Scientology and renowned psychiatrist Dr. Thomas Szasz in 1969, CCHR’s mission is to eradicate abuses committed under the guise of mental health and enact patient and consumer protections. L. Ron Hubbard, founder of Scientology, first brought psychiatric imprisonment to wide public notice: “Thousands and thousands are seized without process of law, every week, over the ‘free world’ tortured, castrated, killed. All in the name of ‘mental health,’” he wrote in March 1969. For more information visit www.cchrflorida.org.