CCHR Warns Against Antidepressant Nasal Spray and Electroshock for Veterans

CCHR applauds White House action to curb suicides among veterans but the idea that dosing the brain through a nasal spray is purely hypothetical. 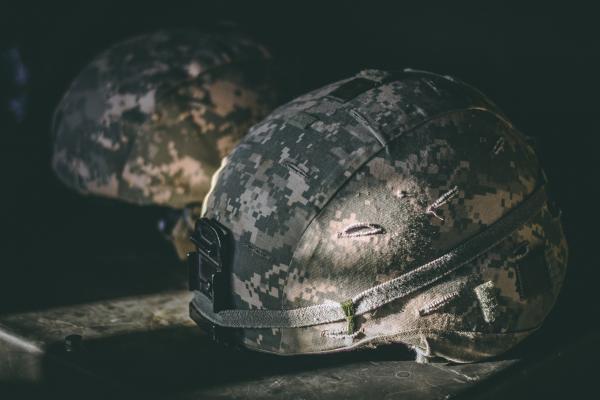 The mental health watchdog, Citizens Commission on Human Rights (CCHR), warns that President Trump is being misled about a nasal spray depression drug, esketamine, being the answer to veteran suicides. The President has offered to help Veterans Affairs negotiate down the price of the new drug with its manufacturer to make it more accessible to vets. However, Bloomberg News and experts report the drug hasn’t been proven to reduce the risk of suicide and has other issues. [1]

Esketamine has potential serious risks because of its molecular similarity to ketamine, a “club” and “date rape” drug that can cause disassociation, meaning victims enter a state in which they feel as if their mind and body aren’t connected, according to Bloomberg BusinessWeek. [2] It comes with a prominent warning: “Patients are at risk for dissociative or perceptual changes after administration” and has the potential, like ketamine, to be abused. [3] The dissociation can include difficulty with judgment, attention and thinking. [4] There are also reports of esketamine inducing “psychosis-like” effects. [5]

CCHR applauds White House and Congressional action to curb suicides among veterans but the idea that dosing the brain through a nasal spray can heal depression is purely hypothetical, [6] essentially making veterans, already subjected to suicide-inducing antidepressants and electroshock, virtual guinea pigs.

Dr. Jess Fiedorowicz, director of the Mood Disorders Center at the University of Iowa and a member of the FDA expert committee that reviewed esketamine, described its benefit as “almost certainly exaggerated.” He considered the study design for the drug flawed. [7]

Kaiser Health News (KHN) said no information was presented to the FDA committee about the safety of esketamine or long-term use, reporting: “The FDA approved it anyway, despite deep misgivings expressed at its day-long review meeting and in the agency’s own briefing materials, according to public recordings, documents and interviews with participants.”

• The manufacturer provided just one successful short-term, double-blind trial of esketamine. Two other trials to test efficacy fell short. Six participants died during clinical studies, three by suicide, compared to no suicides in the control group. The manufacturer and the FDA dismissed the deaths as unrelated to the drug.

• Kim Witczak, the FDA expert committee’s consumer representative, found the conclusion about the suicides unsatisfying. “I just feel like it was kind of a quick brush-over,” Witczak said. She voted against the drug. [8]

• The single positive efficacy trial also showed only a 4-point improvement in depression symptoms compared with placebo on a scale used to measure depression severity.

• The manufacturer had the FDA designate esketamine a “breakthrough therapy” (putting it on a fast track for approval) because it showed a potential to reverse depression rapidly, yet this was based on a two-day study during which 30 patients were given esketamine intravenously.

• Steven Meisel, the system director of medication safety for Fairview Health Services in Minneapolis stated: “I don’t think that we really understand what happens when you take this week after week for weeks and months and years.” [9]

Adding to the Opioid Crisis?

Esketamine is used in combination with oral antidepressants. [10] Chemically similar to ketamine, three doctors wrote a commentary on esketamine in Vice recently, stating that because ordinary ketamine is generic, the manufacturer of esketamine “simply isolated one of the two molecules in regular ketamine so that it qualified as ‘new.’” [11] Ketamine’s antidepressant effects are theorized to be from it activating opioid receptors. [12]

“My concern about this [ketamine] compound is that it is a disguised form of opiates,” said Dr. Mark George, a professor of psychiatry at the Medical University of South Carolina. “I’m alarmed that there is pretty clear evidence [that] the way ketamine works is through the opioid system. [13]

“In the wake of the opioid crisis, perhaps the biggest worry is that loosening the reins too much on the use of ketamine and similar drugs could lead to a new abuse crisis,” Bloomberg Business Week reported. [14]

Ketamine is used as an anesthetic with electroshock therapy (ECT), a treatment also recommended for the arbitrarily defined “treatment-resistant depression.” The VA reports hundreds of veterans are given ECT every year. [15]The FDA has never required Congressional-mandated pre-marketing applications (PMAs) with clinical trials proving the safety and efficacy of ECT devices. An online petition supports a total ban on ECT.

In 2008 the FDA cleared TMS (Transcranial Magnetic Stimulation) even though the agency’s advisers said the data failed to establish its effectiveness, calling it “marginal”, “borderline” and “questionable.” [16] As of 2018, the VA had spent more than $3.4 million acquiring dozens of the machines and related supplies, based on the FDA’s approval. Yet, a 2018 VA report on TMS found it made almost no difference in patients’ depression. [17]

Jan Eastgate, president of CCHR International sums up: “We are doing a great disservice to veterans when drugs and ECT are recommended. Treatment-resistant depression (TRD) is a term invented to mislead consumers into thinking the problem is theirs and not the failure of treatments given them. The wrong solution is to approve and enforce more damaging treatments at the expense of veterans’ lives.”