Treatment adverse reactions include sexual dysfunction, withdrawal effects, while electroshock patients are 16 times more likely to try to commit suicide than those not given it—study reinforces need for non-harmful alternatives for mental health 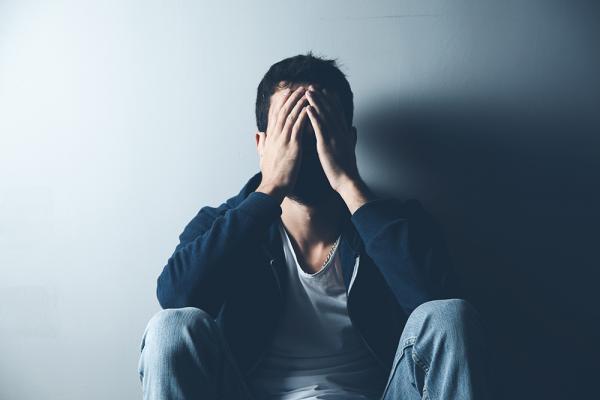 A new study published in Psychological Medicine questions the two principle physical treatments recommended for depression: antidepressants and electroshock therapy (ECT) and raises the alarm about their adverse effects on the brain.[1] Citizens Commission on Human Rights International, a 52-year mental health industry watchdog says the study contains vital information consumers should avail themselves of. Independent of the study authors, CCHR says the information adds weight to its argument that the potentially brain-damaging practice of electroshock should be prohibited as a mental health treatment.

The study by two UK experts, John Read, Ph.D., a psychologist, and Joanna Moncrieff, MD, a psychiatrist, discusses the need for non-harmful alternatives that are safe and effective. They point out that the U.S. Food and Drug Administration mandates that ECT machines have signs stating: “The long-term safety and effectiveness of ECT treatment has not been demonstrated.” Yet, the practice is given to an estimated 100,000 Americans every year, including, in some states, children aged up to five years old.

The authors wrote: “With the World Health Association and the United Nations calling for a paradigm shift away from the medicalization of human distress, new evidence about millions of people struggling to get off antidepressants, and ongoing debate about the value and safety” of ECT.

The authors debunk “biological psychiatry’s ‘medical model’” and the theory that a chemical imbalance in the brain causes depression. Furthermore, long-term antidepressant use may lead to prolonged and severe withdrawal effects. Around 56% of people experience this after discontinuing antidepressants, and for 46% of those the effects are severe. “In general, the longer someone takes an antidepressant, the more likely they are to experience a withdrawal reaction, and the more severe it will be,” Read and Moncrieff state.

The study discloses that hundreds of placebo-controlled trials suggest that antidepressants are only marginally better than placebo at reducing depressive symptoms and may cause “sexual dysfunction in a large proportion of users,” that can persist after stopping the drugs.

As is the case for antidepressants, the authors continue, “[T]he story of ECT appears to be one of a biological intervention being claimed to correct biological deficits, but in reality having negative effects on healthy brains, some of which are misconstrued as signs of improvement.” A review of 84 studies found inconsistencies, flaws and bias, and failed to identify any evidence that ECT prevents suicide, as often claimed.

A review of 82 studies found that one in 39 ECT patients (25.8 per 1000) experience “major adverse cardiac events,” the leading cause of ECT-related death.

All such information should be made part of patients’ informed consent rights, CCHR says. The group, which has been in the foreground of fighting for patient protections against damaging psychiatric treatments, achieving informed consent rights and the prohibition of ECT on minors, reports ECT is a violent biological approach to treating people’s depression—“as logical as hitting someone over the head with a piece of 4’ x 2’ wood or telling them to stick their finger in an electrical socket to cure their unwanted emotions,” said Jan Eastgate, president of CCHR International.

CCHR’s online fact sheet informs that ECT involves sending 460 volts of electricity through the brain, inducing a grand mal seizure, masked by an anesthetic. While psychiatrists claim modern ECT is less brutal than it used to be (as portrayed in the 1970s Academy-Award-winning film One Flew Over the Cuckoo’s Nest when patients’ bones broke from the violent convulsions), the voltage and amperage in today’s ECT is even higher. “The muscle relaxants administered to prevent breakage make it appear less brutal, but it is not. The evidence against ECT makes it a redundant and dangerous practice that should be banned,” Eastgate adds.

In 2013, Juan E. Méndez, the UN Special Rapporteur on Torture, reported forced electroshock is tantamount to torture or cruel, inhuman or degrading treatment or punishment and recommended an “absolute ban” on its forced and non-consensual use.[2]

Read and Moncrief call for non-harmful alternatives, writing that “believing you have a brain disease requiring medical intervention can be profoundly disempowering. It encourages people to view themselves as the victims of their biology, to adopt pessimistic views about recovery, increases self-stigma and discourages people from taking active steps to improve their situation.”

“We propose an alternative understanding that recognizes depression as an emotional and meaningful response to unwanted life events and circumstances.”

CCHR agrees. In 2021, the World Health Organization also echoed these sentiments in its “Guidance on Community Mental Health Services” which says the biological model has resulted in “an over-diagnosis of human distress and over-reliance on psychotropic drugs to the detriment of psychosocial interventions.”[3]

The WHO document offers 22 examples of alternatives to drugs and electricity, Read and Moncrieff stress.

CCHR’s website also addresses medical and educational alternatives while maintaining a strong position that ECT should be prohibited.[4] Over 125,000 people have signed its online petition supporting a ban. Sign here.