Watchdog says $273B in mental health and drug funding is corrupt and wasteful misuse of taxpayer dollars when no accountability for failed results. Pledges commitment to eradication of abuses and fraud, and achieving patient safeguards in new decade. 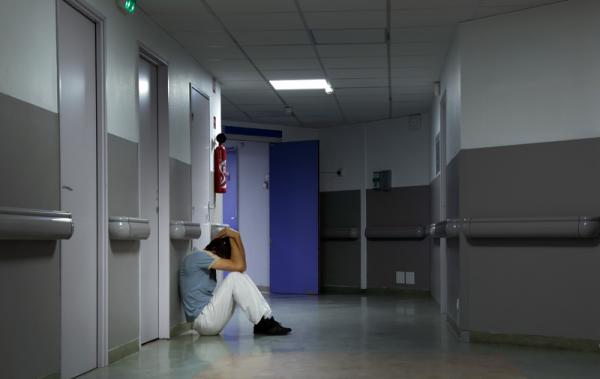 The mental health watchdog, Citizens Commission on Human Rights (CCHR) reflects upon a year of suicides, violence, electroshock and other patient abuses. It says governments must review the money invested in mental health programs and demand accountability and results. Total U.S. mental health expenditures have reached $238 billion, yet as CCHR reports, things only seem to be getting worse.

Last week Congress heard that military suicides have surged to a five-year record.[1] This year, the White House was misled into supporting a new, psychiatric nasal spray antidepressant as an answer to rising veteran suicides—a drug that can cause psychosis-like effects and is similar to a “date-rape” drug that causes disassociation.[2] Recently, there were more Naval base and school shootings while violence- and suicide-inducing psychiatric drug proliferation soars. Add to that military members and veterans are subjected to electroshock treatment. The number of VA medical centers delivering this brutal practice went from 75 locations in 2008 to 140 in 2015.[3]

U.S. spending on psychiatric drugs averages $35 billion a year and the number of Americans consuming them increased 97.5% from 40 million in 2013 to 79 million today.[4] Yet, since 1999, the suicide rate has climbed 33%.[5] According to the Centers for Disease Control and Prevention (CDC) antidepressant use has also increased.[6] In the military, 17% of the active-duty force, and as much as 6% of deployed troops are on antidepressants, according to the Military Times.[7]

This is despite, as a leading international psychopharmacologist, Prof. David Healy has shown, antidepressants increase the risk of suicide.[8] Drug companies have tried to hide the connection between antidepressants and suicide. Treatment-induced death is the fourth leading cause of death within the mental health field, which Healy calls “pharmageddon.”[9]

CCHR presented evidence of the link between suicide, sudden deaths and psychiatric drugs to the U.S. Senate’s Veteran Affairs Committee calling for an inquiry into the violence- and suicide-inducing effects of prescribed psychiatric drugs.[10]

The group says that without courts and watchdogs, there is no accountability for the failure and damage wreaked by current mental health treatment. “With the amount of taxpayer investment, the suicide rate should be going down in the community and among our military members and veterans,” Jan Eastgate, president of CCHR International said. She says it takes persistent work to challenge the system but changes are occurring. This year:

· The Philadelphia Court of Common Pleas refused to overturn an $8 billion verdict against an antipsychotic causing massive female breast growth in young boys prescribed the drug.[11]

· CCHR filed more than 21,000 complaints with legislators about the abuses in for-profit psychiatric facilities.

· More than $140 million has been paid out in fines and settlements by these hospitals accused of fraud and patient sexual and physical assaults.

· Police have raided some facilities and at least a dozen of these abusive hospitals were shut down.

More is needed but it will take a closer look at the failing mental health system being funded, Eastgate adds. She said more governments should heed what Dr. Niall McLaren, an Australian psychiatrist, with nearly half a century experience, has presented as evidence to the country’s Productivity Commission investigating mental health issues. He included:

· Modern psychiatry costs far too much; a very large part of the money is misspent; measured outcomes are poor and deteriorating; and yet institutional psychiatry not only refuses to address these points but actively attacks anybody who dares.

· The oft-repeated claim that ‘all mental disorder is brain disorder’ is an ideological claim, not an established scientific fact.

· Withdrawal effects from psychiatric drugs are severe, often dangerous (suicidal and/or homicidal impulses), and can last up to two years.

· Psychiatry claims that its use of ECT is soundly-based in a scientific model of mental disorder. If this were true, it should be subject to the normal critical processes of science. However, when anybody attempts to criticize the ever-increasing use of ECT, its protagonists block the criticism on the basis that it damages their business. Sign CCHR’s Petition to Ban ECT.

In summation, Dr. McLaren wrote: “The institution of psychiatry wants everybody to believe that they have the matter firmly in hand, that theirs is the only conceivable approach to mental disorder and that all criticism is malicious: ‘Move on, nothing to see here.’ Nothing could be further from the truth. We have reached the point where we have to ask: Is psychiatry doing anything useful for society, or has it degenerated to an insatiable, high-cost and self-sustaining rentier gorging on the public purse?” He implores the government to “assist in the process of uncovering that truth.”[12]

CCHR says that an honest and vested interest-free inquiry is needed to stem to tide of mental health treatment failures and abuse.

CCHR is the mental health watchdog responsible for more than 180 laws that now protect patients from damaging practices. DONATE to support its work.