Watchdog says electroshock must be banned, but until this occurs, hospitals are being notified that omitting patient information of how electroshock treatment causes brain-damage and memory loss may constitute consumer fraud. 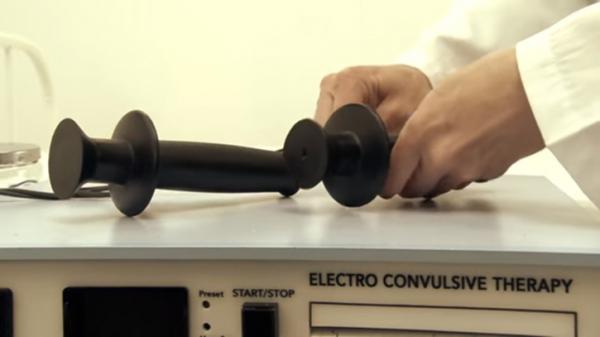 The mental health industry watchdog, Citizens Commission on Human Rights International has responded to consumers reporting severe and permanent memory loss from undergoing electroconvulsive therapy (ECT). CCHR is writing to the more than 400 psychiatric facilities in the U.S. delivering ECT, alerting them to the recognized risks that patients must be informed of to protect them and to avoid consumer fraud action. The group is part of a worldwide movement that wants electroshock banned and safer, non-physically invasive alternatives made available.

Each year, the controversial treatment, which uses electricity to induce a grand mal seizure to treat depression, is administered to at least 100,000 Americans, representing a $3-$5 billion a year industry. Astonishingly, this includes children aged five or younger receiving it, although ECT is not approved for this age group or children in general. The Food and Drug Administration (FDA), which issued a Final Rule regarding electroshock devices in December 2018, requires patient labeling to include warnings regarding risks of ECT, and to inform of alternative treatments. A prominent notice must state at least the following, “Warning: ECT device use may be associated with: disorientation, confusion, and memory problems.”[1] A further warning states, “Long-term safety and effectiveness of ECT treatment has not been demonstrated.”[2]

However, CCHR’s review of hospital websites offering ECT and electroshock informed consent forms, shows grossly inadequate information, which it says misleads patients. At a time when mental health is so prevalent in the news, CCHR wants better information to be made available until the potentially brain-damaging procedure is banned.

This call is strengthened by a World Health Organization guideline on community mental health released in June which cited the UN Convention on the Rights of Persons with Disabilities (CRPD) that says patients must not be put at risk of “torture or cruel, inhuman or degrading treatment or punishment,” which includes electroshock given without informed consent. “Coercive practices such as forced admission and treatment” and “the administering of antipsychotic medication, electroconvulsive therapy (ECT) and psychosurgery without informed consent,” should be forbidden, the report says. “Many stakeholders are now calling for…alternatives in mental health and related services.[3]

Patient testimony that CCHR provided to the FDA’s Public Docket discussing ECT in 2015 included: “After ECT I could no longer play my guitar. I could not remember chord sequences/patterns, words or songs that I had performed hundreds of times before ECT. The ability to play or learn new music has never returned.” And “Before ECT, I studied math up through calculus. After ECT, I can just barely make change in a store. ECT gives a person a different brain from the one a person had.”[4]

According to the FDA, the physical risks may also include the following (in order of frequency of occurrence): pain/somatic discomfort (including headache, muscle soreness, and nausea); skin burns; physical trauma (including fractures, contusions, injury from falls, dental and oral injury); prolonged or delayed onset seizures; pulmonary complications; cardiovascular complications and death.[6]

Additionally, how electroshock “works” is unknown; there are multiple theories, but none are proven. As such, FDA says, “Patients, or their legally authorized representative, may withdraw consent and request that ECT treatment be stopped at any time.”[7]

Another contentious issue is the brain damage that many patients report. The American Psychiatric Association recommended brain damage be omitted from consent forms. However, an ECT device manufacturer admits that “patients may experience permanent memory loss or permanent brain damage.”[8]

CCHR’s letter also warns that while psychiatrists assert 460 volts sent through the body is safe and effective, with fewer risks since those observed in Jack Nicholson’s character the 1970s film One Flew Over the Cuckoo’s Nest, this is false. No ECT device manufacturer in the U.S. has produced clinical trials that prove safety and effectiveness. The fact that ECT continues to exist is based on theories about how it may work.

“CCHR intends to investigate and monitor precisely what information is provided to potential ECT patients and their families by electroshock-hospitals, so that such information may be available to regulatory entities and legal counsel for those harmed by this practice,” Jan Eastgate, international president of CCHR said.

She stresses that ECT is a brutal practice and calls for people to sign CCHR’s online petition supporting a ban. “All ECT devices should be taken off the market,” she said.

CCHR also recommends that patients damaged by ECT, or their families, report all adverse effects and damage to the FDA’s MAUDE (Manufacturer and User Facility Device Experience) database. MAUDE reports already include strokes, brain damage and death. They urge those filing such reports to first establish from the facility that delivered the electroshock what the ECT device model and its manufacturer were to include in the report.

CCHR has been in the foreground of fighting for patient protections since 1969, obtaining laws worldwide that enforce informed consent to treatment and banning ECT use on minors.