CCHR: New Diagnostic Manual on ADHD Could Turn Childhood into a Mental Disorder

Despite 28% decrease in 0- to 5-year-old children taking psychostimulants since 2017, new changes to an international mental disorders manual could revert this and put them at risk. Watchdog relaunches PSAs for parents advising “Childhood is not a mental disorder.” 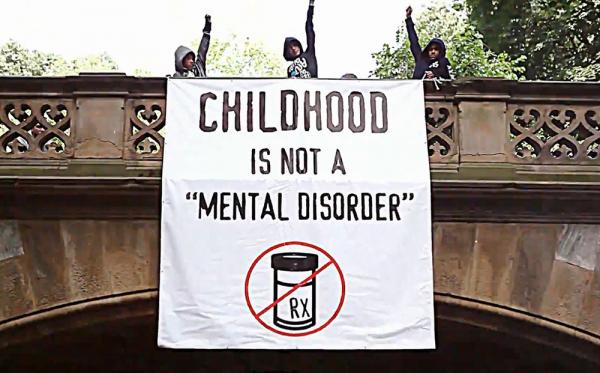 A mental health industry watchdog warns there could be an increase in the number of children and adolescents prescribed powerful stimulants for Attention Deficit Hyperactivity Disorder (ADHD) due to the new edition of the International Classification of Diseases (ICD-11), Mental Disorders Section going into effect this month. For years, the Citizens Commission on Human Rights International (CCHR) has conducted a public awareness campaign about the risks of childhood and teen behavior being misleadingly diagnosed as “neurobiological” disorders and “medicated.” It says the changes to ICD-11 reinforce this and as such, it relaunched two Public Service Announcements (PSAs) reminding parents that “Childhood is not a Mental Disorder.”

CCHR says the U.S. Diagnostic & Statistical Manual of Mental Disorders (DSM-5), with an update due in March, and ICD-11, have categorized ADHD as a “neurodevelopmental disorder,” implying it is a brain-based disease when scientific evidence does not substantiate any physical reason for the behavioral symptoms listed for ADHD.

Dr. Fred Baughman, Jr., a retired pediatric neurologist and author of The ADHD Fraud: How Psychiatry Makes “Patients” of Normal Children, calls this “neurobiological propaganda“ because “psychiatry has never validated ADHD as a biologic entity.”[1] This is not to say that children do not have behavioral issues, but children shouldn’t be led to “believe they have something wrong with their brains that makes it impossible for them to control themselves without a pill.”[2]

Prof. Allen Frances, the former Chairman of the DSM-IV Task Force said that the DSM-IV, published in 1994, already created “false epidemics” of ADHD.[3] He wrote that twenty years later, “The rate of ADHD in the US has tripled to a ridiculously inflated 11%. Sales of ADHD medications are approaching an obscenely profitable $10 billion a year.” Frances was forthright about how diagnoses such as ADHD are determined: “There are no objective tests in psychiatry—no X-ray, laboratory or exam finding that says definitively that someone does or does not have a mental disorder….”[4] Inclusion of a disorder in the DSM is by consensus vote.

CCHR produced several PSAs to help parents see that childhood is not a mental disorder, and for children—represented by a young skateboarder—to show that their rambunctious zest for life or creative efforts do not make them dysfunctional or “ill.”

March 21 this year marks the 22nd anniversary of 14-year-old Matthew Smith’s death from a cardiac arrest while skateboarding. Oakland County (Michigan) Medical Examiner Ljubisa Dragovic determined Matthew died from the damage done to his heart from 10 years of taking prescribed methylphenidate, an ADHD psychostimulant that caused a “chronic change of the heart muscle and the small blood vessels in the heart.”[5] Michael’s tragic death was part of the impetus that started CCHR’s “Fight for Kids” campaign, PSAs and now its own website.

In 2014, researchers from the University of Delaware and Drexel University College of Medicine reviewed research on the effects of psychostimulants like methylphenidate. They found the drug can impact the brain’s plasticity, interfering with a person’s ability to plan, switch between tasks and be overall flexible in their behaviors. For a drug that’s supposed to offer better mental performance, they found that the long-term effects appear to do the opposite.[6]

“All proposed ADD and ADHD treatments” are “aimed at modifying observable behaviors rather than in treating their underlying causes,” say other researchers, including Dr. Howard Glasser, writing in Ethical Human Psychology and Psychiatry.[7]

ADHD symptoms are so common that anyone could believe they have it, including: fails to give close attention to details or makes careless mistakes; work is often messy or disorganized; has problems staying focused on tasks or activities; fails to complete schoolwork, chores or other duties; often fidgets with hands or feet or squirms in seat; often talks excessively and interrupts or intrudes on others (e.g., cuts into conversations). Giftedness shares similar behavior.

The consequences of the drugs prescribed to quell such symptoms are telling: The Drug Enforcement Administration reports methylphenidate can lead to addiction and “psychotic episodes, violent behavior and bizarre mannerisms have been reported” with its use.[8] It can also cause dependency.[9] Suicide is a major complication of withdrawal from it and similar amphetamine-like drugs.[10] FDA also warns of the risks of heart-related problems.

The ICD-11 and DSM-5 updates could exacerbate the massive misdiagnosis already occurring globally. Parents, pediatricians, family doctors, and educators should be informed that ADHD is not a proven neurobiological disorder, that childhood is not a mental disorder and to use non-harmful solutions for children’s needs.