A year of many groups and individuals fighting for accountability in the “troubled teen” industry has exposed the need for child protections from psychiatric-behavioral abuse and lethal restraints. 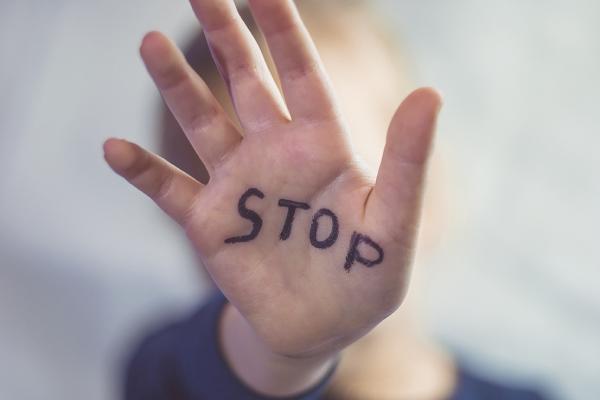 More government actions are being taken after a surge in abuses being uncovered and reported in troubled teen behavioral care facilities across the U.S. The Citizens Commission on Human Rights International, a mental health industry watchdog, said this year the exposure may instigate unprecedented changes in protecting children and youths from physical and chemical restraint use in the future. The scandalous abuses discovered have begged the question about how such an assault on children’s lives has been able to continue for so long in the name of behavioral and mental health care. Congress has attempted to regulate the industry in the past but unsuccessfully given the ongoing abuses being reported. Many groups and individuals have demanded government action this year and CCHR is urging an unprecedented response to be taken by the end of 2021, setting the stage for a better and safer new year.

Facilities are now under Federal Bureau of Investigation (FBI) investigation, as a recent Pennsylvania Injury Law News article addressed. Teens formerly in one facility have taken action over the physical, emotional, and sexual abuse during their time there, all of which was reported as occurring in 2021. “Students” from the behavioral “school” had also been sent there from Alabama, Texas, and Michigan.[1]

The Kansas City Star reported that a Cedar County Prosecutor is planning to file assault charges against seven staff from a facility over alleged child abuse.[2]

In some states, including Iowa, North Carolina, and Wyoming, offending behavioral-psychiatric facilities have closed amid allegations and investigations into children reporting being choked, dragged on the ground and threatened by staff members.[3] CCHR supports such closures as well as criminal culpability, pointing out that an investigation published by American Public Media Reports in September 2020 found that Alabama, California, Florida and Iowa each paid one hospital chain, Sequel Youth and Family Services, more than $15 million to house children in fiscal year 2016.[4]

For that investment, children should be given care that improves their mental health, not brutalize it, CCHR says. Unfortunately, this has not been the case. The group recently applauded media outlets that have kept the issue in the public eye, forcing governments to look toward legislative protections.[5]

The behavioral and psychiatric abuses are also evident in juvenile detention centers. Youths receive mood-altering psychiatric medications at strikingly high rates, particularly antipsychotic drugs that expose them to significant health risks. Kids are more vulnerable to the severe side effects of antipsychotics—rapid weight gain and diabetes among them, according to Public Source.[6] Recently, the Justice Department announced that it opened a statewide investigation into the conditions in five secure juvenile correctional facilities run by the Texas Juvenile Justice Department because of excessive use of chemical restraints and use of isolation. “Too often children held in juvenile detention facilities are subject to abuse and mistreatment, and deprived of their constitutional rights,” said Assistant Attorney General Kristen Clarke for the Justice Department’s Civil Rights Division.[7]

In a 2018 release, the American Academy of Pediatrics claimed that “children are uniquely vulnerable to physiological effects of chemical agents.” This is because children are smaller in size, take more frequent breaths per minute, and have a limited cardiovascular stress response when compared to adults. Additionally, studies have indicated that children are more vulnerable to severe injuries resulting from chemical toxicity.[8]

Only recently have states such as California, Oregon and Utah taken the lead in tightening licensing and monitoring standards. CCHR wants to see this made uniform throughout all states. It also wants Federal and state databases established and maintained on how many children are subjected to psychotropic medications and electroshock treatment—the passage of hundreds of volts of electricity through the brain—each year in state and privately owned behavioral-psychiatric facilities. Data collection and monitoring should include restraint use until legislation prohibits such potentially lethal practices. This will also assist agencies to monitor which facilities are excessively drugging, restraining and electroshocking minors to take effective action to stop this.

Congress is currently looking at legislative protections and accountability for the troubled teen behavioral system.

CCHR, which was established in 1969 to investigate and expose psychiatric abuses in the mental health system, has been in the forefront of obtaining laws that reduce restraint, banned the use of electroshock treatment on minors and prohibit the practice of forced psychotropic drugging of schoolchildren in the U.S. under federal law.