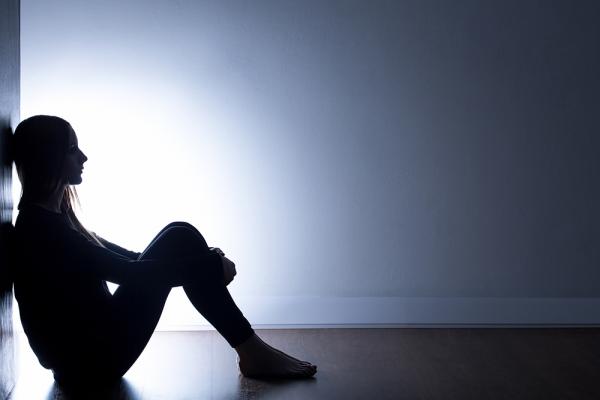 Recently, WFAA, an ABC-affiliated station in Dallas, Texas exposed that despite its major investigation into coercive practices in private psychiatric facilities three years ago, since then, laws to protect children from these abuses have failed.[1] Meanwhile, the Oregon senate just introduced a law that prohibits numerous restraint holds on children and teens for limited circumstances. A similar bill in Utah is with the governor for signing. However, the Citizens Commission on Human Rights International (CCHR), a mental health industry watchdog, says stronger protections are needed across the U.S.

The group said it fought what shouldn’t have been, but was, a “battle for children’s rights” in the late 1990s, when there was exposure of teens being killed during behavioral restraint procedures. The calls for legislative protections and restraint bans followed a compelling Hartford Courant series on the issue in 1998. The Federal government responded at the time, but their regulations were weak, CCHR says. More children died. By 2015, 82% of residential facilities were still actively using traumatizing tactics such as seclusion and restraints.[2] According to the National Youth Rights Association, the troubled teen industry profits $1.2 billion a year.[3]

The Oregon bill would give greater clarity to types of physical and chemical restraints allowed and not allowed under state law, according to the bill’s sponsor, Sen. Sara Gelser, who has been long active on children’s rights issues. Testimony before the Senate included video and a 911 call from a Kalamazoo, Michigan facility called Lakeside Academy where Cornelius Frederick, 16, was restrained after throwing some food on May 1, 2020. Several adults held him down and restrained him for 12 minutes, after which he appeared unresponsive. It took 12 more minutes for the nurse at the facility to call 911. Two days later, Frederick died. His death was ruled a homicide and three adults involved were charged with child abuse and manslaughter. According to Gelser, three Oregon kids were at the Michigan facility the day Frederick died.[4]

Several years ago, WFAA-TV in Texas ran a series “Against Their Will” which prompted legislators to act. At the time, a teenage girl was illegally held for 30 days in a for-profit psychiatric facility after being admitted voluntarily. The mother said their insurance was billed over $1,000 per day.[5] Another mother took her 11-year-old son to a behavioral facility that detained him without her consent. As WFAA News detailed: “[T]he door locks behind you. You’re told you can’t leave. Stripped of your clothes, given a new bed. You have no idea when you’ll see your family again.” The facility billed the family insurance company more than $11,000 for the unwanted stay.[6]

A separate investigation by the Centers for Medicare and Medicaid Services further substantiated WFAA’s findings saying some hospitals were “fraudulently doctoring (patient) records” and making up “psychiatric disorders” so that they could keep patients longer “for Medicare billing.”[7]

Following WFAA’s original investigation, lawmakers promised change. During the 2019 session, proposed legislation required stiffer penalties for “unwarranted commitment” of patients in a mental health facility. The legislation would have required state regulators to increase fines from $50, to a minimum fine of $100,000. The 2019 bill died.

A consequence is that WFAA is still getting calls about psychiatric hospitals continuing to hold patients against their will, as is CCHR Texas, said Lee Spiller, its executive director. When a voluntary patient asks to be discharged from a psychiatric facility, Texas law requires the staff to provide the patients with a letter within four hours to start the process to leave “against medical advice.” But this is being violated and tougher penalties are needed, Spiller said.[8]

This is supported by Rep. Bill Zedler, retired, who introduced the earlier law. He stated: “It is clear that there’s going to have to be some real punitive behavior or punitive laws stepping in to make sure this stops.”[9]

The National Juvenile Justice Network posted a petition online, stating that “profiting off of youth incarceration has become widespread, with almost half of the youth facilities in the country privately operated. Kids are often shipped across state lines to receive ‘therapeutic services,’ yet in reality suffer bullying, restraint, and abuse.”[10] And are killed.

CCHR International’s FightForKids website resource records the restraint and other abuses that have continued: “Psychiatric/Behavioral Facilities: Child Abuse Under the Guise of ‘Help.’”

Oregon’s Senator Gelser highlights a major problem: that employees administering the restraint to Frederick, for example, said they followed standard procedures. When restraints kill, it is inexcusable that this is considered “standard” practice, CCHR Int said. It has developed a model law with stronger protections to prohibit or curb physical and chemical restraints.

CCHR has been responsible for the passage of more than 180 laws worldwide to prevent or restrict psychiatric abuse. It urges anyone who knows of such abuse to report this to CCHR.

[4] Lizzy Acker,” Paris Hilton gives testimony in support of Oregon bill that would change the practice of restraints for children in care settings,” The Oregonian, 12 Mar. 2021, www.oregonlive.com/politics/2021/03/paris-hilton-gives-testimony-in-support-of-oregon-bill-that-would-change-the-practice-of-restraints-for-children-in-care-settings.html